Didn't Get Your $1,400 Stimulus Check? A Debt Collector Might Have It. 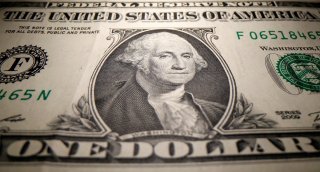 President Joe Biden in early March signed the American Rescue Plan, a $1.9 trillion stimulus package and the third to be passed since the start of the pandemic. Among other provisions, the Rescue Plan included $1,400 checks to most Americans, most of which have been paid out over the course of the last few weeks.

Many have struggled during the pandemic, which is the reason for the stimulus in the first place. But many are likely wondering if their stimulus check can be garnished.

The answer is that there is no provision in the American Rescue Plan to prevent garnishment of the payments in order to satisfy private debts, even though one of the two stimulus packages that passed in 2020 did include such a ban. This was because the law was passed by the reconciliation process, while the bill passed in late 2020 was not, CNN said.

“When a creditor is allowed to go after your funds, a bank will usually have to seize or freeze an account holder’s assets to satisfy the debt in question. As such, if stimulus funds land in that bank account, it can be handed over to a creditor,” Motley Fool said of the law. However, the checks cannot be garnished to pay overdue taxes.

Lawmakers at both the federal and state levels are looking to remedy that.

According to CNBC, a group of Democratic senators, including Sherrod Brown of Ohio, Ron Wyden of Oregon, Bob Menendez of New Jersey, and Chris Van Hollen of Maryland are pushing for a law to forbid such garnishment. However, Sen. Pat Toomey of Pennsylvania moved to block the measure.

“We know predatory debt collectors are already lining up to try to take a cut of those checks,” Sen. Brown said, per CNBC.

“We really wish this could have passed before the money started going out. The protection would have been far more effective if the payment was coded in a way so that banks would automatically know to protect the money,” National Consumer Law Center associate director Lauren Saunders told CNN.

“The undersigned consumer and banking industry organizations again write to urge Congress to protect the third round of economic impact payments in the American Rescue Plan Act of 2021 from assignment and garnishment,” the letter said.

“The attached language mirrors the language in the Coronavirus Response and Relief Supplemental Appropriations Act of 2021 that applied to the second round of economic impact payments and should be passed as a standalone bill. Our organizations have worked together to address this issue, and we strongly support adoption of such a bill.”

In addition, per Motley Fool, some states are making a similar push. The governors of New Jersey, Maryland, and Washington and the attorneys general of Massachusetts, New York, and Nebraska have taken various steps to prevent such garnishments. New Jersey has gotten forty-nine banks and credit unions to pledge not to participate in such garnishments.