Don't Have A Mask (Or Don't Want to Wear It)? Walmart Might Still Let You In. 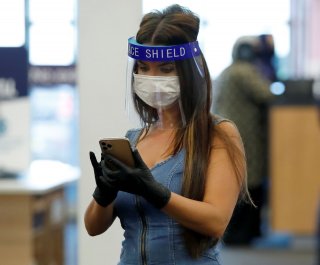 Some of the biggest names in retail have recently made headlines by announcing that they’ll require customers to wear face masks or coverings in their respective stores.

Enforcing those requirements, however, has become an entirely different matter.

Largely in an effort to avoid any verbal and physical confrontations between customers and workers, Walmart, Home Depot, Lowe’s, Walgreens, CVS and other retailers have confirmed that they won’t ban customers who refuse to wear a mask or covering from shopping in their stores.

Since there is no federal law to wear a face mask or covering, some state and local governments have not required wearing one. Retailers located in those areas have been forced to create their own makeshift policies and are increasingly wary about taking on the role of mask police.

The Retail Industry Leaders Association, which represents large retailers like Walmart, Target and Walgreens, recently wrote a letter to the National Governors Association, saying that it would be highly beneficial to have some form of a uniform mask mandate nationwide.

“The patchwork of local mandates many retailers faced earlier this year made it incredibly difficult to focus on implementing the right safety protocols. While well-intended at the time, conflicts stemming from local law enforcement agencies applying their own interpretations of conflicting state and local mandates forced retailers to shift valuable time and resources away from store operations,” the letter said.

“We strongly urge governors to continue issuing concise, statewide orders that create clarity for all businesses, local governments, and law enforcement. Conflicting orders and guidelines from counties and municipalities creates confusion for employees and customers, and ultimately leads to conflict.”

Walmart, the nation’s largest retailer, has deployed black polo shirt-wearing “health ambassadors” at entrances to remind customers about the new requirement. Other stores like Home Depot and Target said they’ll provide complimentary masks for customers who do not have them.

In Walmart’s short training video for employees, the “health ambassadors” are instructed not to physically block a customer’s entry into the store if they refuse to wear a mask. Instead, they should take the matter to management “so that they can determine the next steps.”

The U.S. has reported more than 4.2 million coronavirus cases and at least 147,000 deaths, according to the latest data from Johns Hopkins University.