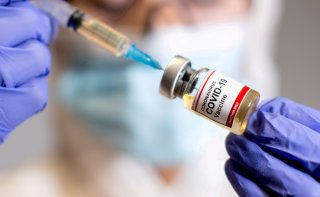 Despite being roughly eighteen months into a global health pandemic, the situation out there still looks troubling.

In the United States, the highly transmissible Delta variant, first detected by scientists in India last fall, has quickly become the dominant strain—representing more than 95 percent of all sequenced cases, the U.S. Centers for Disease Control and Prevention says.

That number continues to grow on a daily basis, and some might be led to believe that previous infections and the remaining antibodies will keep them safe from the Delta variant. According to one medical expert, that is not true.

“Research is now showing us that if you had a previous infection from the original variant, you had some immunity to . . . the original COVID (virus),” Dr. Robert McNab, medical director of Freeman Health System’s COVID-19 unit, said during a recent weekly medical briefing.

“But really, when looking at the variants, there’s very minimal amount of antibody production, especially as far as Delta is concerned,” he added.

Vaccines to the Rescue

However, the expert noted that currently available vaccines can pose a great barrier to coronavirus variants like the Delta variant.

Throughout the ongoing pandemic, health experts have asserted that vaccination is the best way to protect against the virus, and many have attributed the recent spike in cases to the large numbers of Americans who remain unvaccinated.

According to the latest data compiled by the CDC, more than 53 percent of the U.S. population is fully vaccinated, while about 63 percent have had at least one shot.

In recent weeks, the emergence of the Mu variant has concerned medical experts, but many still believe the focus should still be on containing the Delta variant.

“The Delta variant for me is the one that’s most concerning because of the increased transmissibility,” Maria Van Kerkhove, the World Health Organization’s technical lead for battling the coronavirus, stated during a virtual press event this week.

In addition, Dr. Mike Ryan, head of the WHO’s Health Emergencies Program, contended that Delta possesses the unique makeup to “outcompete” other variants.