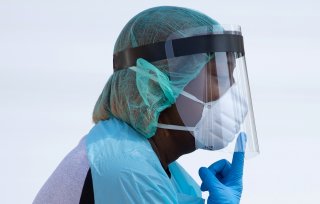 In an effort to get a viable coronavirus vaccine out to the public as soon as possible, the U.S. Food and Drug Administration now appears prepared to skip the full federal approval process.

In a recent interview with the Financial Times, FDA Commissioner Stephen Hahn said that an emergency authorization for a vaccine could be given the green light before phase three clinical trials are completed if the benefits outweigh the risks.

“It is up to the (vaccine developer) to apply for authorization or approval, and we make an adjudication of their application,” Hahn said.

Phase three trials are considered by many medical experts to be critical for any vaccine development, as they have the ability to root out any potentially dangerous side effects. Such trials often involve thousands of participants.

China and Russia have already each approved a vaccine without waiting for the completion of phase three trials.

Fast-tracking a vaccine, however, has shown in the past that it can lead to disastrous consequences for the general public.

The most high-profile example is the Cutter Incident, which has been described by a scholar as “one of the worst biological disasters in American history.”

In April 1955, more than 200,000 children received a polio vaccine in which the process of inactivating the live virus proved to be defective. More than 250 cases of polio were attributed to vaccines produced by one California-based company, Cutter Laboratories, and this mistake resulted in roughly 200 cases of paralysis and ten deaths.

The vaccine was recalled as soon as new cases of polio were detected.

The Cutter Incident eventually became a defining moment in the history of vaccine manufacturing and led to the creation of a more robust system of regulating future vaccines.

In a virtual news briefing on Monday, the World Health Organization’s chief scientist Dr. Soumya Swaminathan cautioned that authorizing a vaccine before completing all of the necessary large-scale trials would only hamper the global effort in stopping the coronavirus pandemic, which has already infected 25.6 million people and killed at least 852,000, according to the latest data from Johns Hopkins University.

“The risk of approving a vaccine prematurely for us is that, first of all, it will make it very difficult to continue with randomized clinical trials,” she said.

“And secondly, there’s a risk of introducing a vaccine that’s been inadequately studied and might turn out to have a low efficacy, thereby not doing the job of bringing an end to this pandemic or even worse, have a safety profile that’s not acceptable.”

“The difficulty and the challenge with the vaccine is, at the moment, we’re moving from vaccinating tens or hundreds of people to now vaccinating thousands of people,” he said.

“We need to get the safety and efficacy data from those studies. Because if you move too quickly to vaccinating millions or hundreds of millions or billions of people, we may miss certain adverse events that you won’t pick up with smaller numbers, so you need to maintain monitoring.”