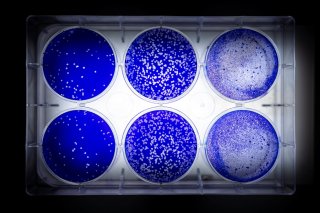 From biotech and pharmaceutical companies like Moderna to Pfizer, the race is indeed heating up for a COVID-19 vaccine.

But while many would love to have access to it right now, scientists across the world are making sure that a potential vaccine is both effective and safe—with a strong emphasis on the latter.

According to the Centers for Disease Control and Prevention, since 2011, vaccines have averted 23.3 million deaths from disease worldwide. Such numbers surely deserve praise, but there certainly have been several hiccups along the way—mistakes that scientists have surely used as a learning experience.

With that in mind, here are four instances in which vaccines failed the public big-time.

In the 1955 Cutter Incident, some batches of polio vaccine given to the public contained live poliovirus—even though they had passed the required safety testing. More than 250 cases of polio were attributed to vaccines produced by one company, Cutter Laboratories. The mistake resulted in many cases of paralysis, and the vaccine was recalled as soon as new cases of polio were detected.

The Cutter Incident became a defining moment in the history of vaccine manufacturing and led to the creation of a more robust system of regulating future vaccines.

In 2017, the Philippines stopped a school-based dengue fever vaccination program after reports of complications and several deaths linked to the product called Dengvaxia. The French manufacturer, Sanofi Pasteur, later stated that the vaccine posed a risk to those without prior infection from one of the disease’s four stereotypes. The result was that it actually increased the risk that a child would contract a more severe form of the disease.

Next on the list is the widespread vaccination against the childhood disease measles. In the early 1960s, thousands of children received a particular inactivated vaccine, so if they were exposed to the actual measles virus, they developed atypical measles. This was characterized by high fever, severe abdominal pain and lung inflammation and often required hospitalization. That particular vaccine was eventually withdrawn.

The final case deals with the vaccination attempt of the respiratory syncytial virus (RSV). Children treated with one type of vaccine in the 1960s developed an enhanced form of the disease, often suffering from high fever, bronchopneumonia and wheezing. Dozens ended up being hospitalized and two died. There still is no vaccine to prevent RSV infection, but scientists are working hard to develop one, according to the CDC.