India Has Been Hammered by Coronavirus. Could a Stimulus Package Help? 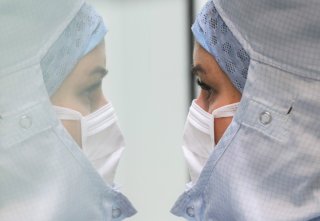 The nation of India, which in recent weeks has suffered a coronavirus outbreak that’s perhaps the worst in the world since the onset of the pandemic, is doing something meant to alleviate the pain: A stimulus package.

According to Bloomberg News, India is currently “preparing a stimulus package for sectors worst affected by a deadly coronavirus wave, aiming to support an economy struggling with a slew of localized lockdowns.”

Among the industries targeted by the effort are the tourism, aviation and hospitality sectors.

While the government of Prime Minister Narendra Modi has not imposed any type of national lockdown, there are localized restrictions in various hard-hit areas of the country.

“The government doesn’t have too much leeway, although the recent RBI dividend provides some cushion,” Teresa John, economist at Nirmal Bang Equities Pvt., told Bloomberg News. “The stimulus may be mostly additional guarantees and tax concessions, maybe demand boosting measures once opening up starts. All these may not involve a large government spending.”

“We expect the government to stick to its overall budgeted spending, while shifting its expenditure composition more in favor of health services and food subsidies, Bloomberg Economics’ Abhishek Gupta said in the same article.

Business Standard earlier this month had reported that more stimulus was under consideration, once it became clear that the second wave of the virus in India was worst than the first.

Our Natasha Kaul wrote last week about how the disaster unfolding in India has its roots in Modi’s leadership style. India had a death toll of 254,000, as of a week ago.

“What is happening in India is as much a political crisis as a health crisis. It connects directly to Narendra Modi’s leadership and judgment, where he has privileged image over substance and accountability,” Kaul wrote. “The ongoing catastrophe is not in spite of, but because of, his leadership style. From the demonetisation in 2016 to the constitutional coup in Kashmir in 2019 to the current pandemic disaster, Modi’s callous and authoritarian style of leadership has cost millions of people their lives or livelihoods.”

We also looked at how the Modi government’s public health strategy has failed.

"During the first wave, India’s lockdown was one of the strictest in the world. And the stigma of dying from a new unknown disease encouraged people to wear masks. So two of the three primary layers of protection mentioned above, worked well to protect India from widespread infection,” Ankur Mutreja wrote May 9.  “In the second wave, however, the prolonged and harmonious failure of all the three basic layers resulted in a catastrophic blow to India’s already busy infectious disease landscape and strained healthcare system.”