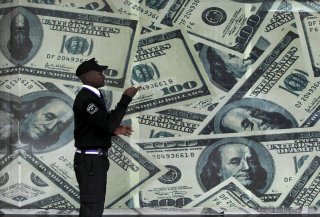 As part of the American Rescue Plan, passed in March 2021, some Americans will receive a partial stimulus measure of sorts. The plan increased the Child Income Tax Credit to $3000 per year for children over the age of six and $3600 for those under six.

However, a key addition to this was the idea of sending the checks out in advance. This means that, instead of receiving a tax refund when you file your taxes, the money will be sent to you in the form of a check (or direct deposit, as the IRS recommends) throughout the year. From July until December, most families with children are slated to receive $250 to $300 checks each month.

The payments are restricted to families that make less than $150,000 per year (or $75,000 per year for single parents), meaning that the wealthiest families are not eligible. Despite this, it has been estimated that roughly 39 million American families will receive assistance under this scheme.

To assist with the rollout, the IRS is planning to make two online portals available on its website by July 1. The first portal is slated to allow families to opt out of the advance payments, if they would rather claim the deductions on their taxes in April and receive the payout as one lump sum. In other words, instead of receiving $300 per month over the year, you can opt to receive a tax rebate of $3600 in April 2022 – as the Child Tax Credit has functioned in previous years.

The second portal is intended to help families that do not normally file their taxes adjust the payments as needed. It will also be used to inform the IRS of any change in address or other circumstances. For instance, if a family has another child, they would be asked to inform the agency via the second portal to start receiving further checks. Other possible changes include an income change and an update of child custody status, in the event of a divorce.

While the IRS has declared that July 1 is its deadline for the portals’ activation, they have suggested that they might go up earlier than that. The agency has its work cut out for it; in addition to its web presence, it has a massive backlog of paperwork from the third stimulus measure and accompanying “plus-up” payments, and has faced persistent staffing shortages over recent months. Considering that the deadline for 2020 taxes was on May 17, these problems are likely to persist for some time.