Horrible News: The IRS Has Racked Up a Big Tax Return Backlog 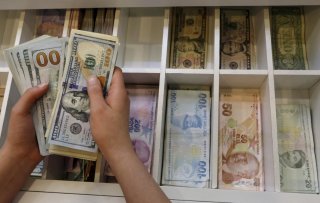 Here's What You Need to Remember: Beyond its usual role in the processing of tax returns, the IRS has also taken on the added responsibility of distributing the third round of federal stimulus payments worth up to $1,400 to eligible Americans.

The extended tax day deadline for filing 2020 tax returns has now come and gone. But for the IRS, much work remains as it continues to work through a backlog of unprocessed tax returns. This, in turn, is delaying the distribution of refunds for many Americans, including those who filed their tax returns early.

This backlog is the result of a number of compounding challenges facing the IRS. In addition to working on 2020 returns, for example, the IRS has been working through a number of 2019 tax returns that the agency was unable to process last year. This was the result of the temporary shutdown of tax processing centers last summer due to the COVID-19 pandemic, as well as ongoing limited capacity at those centers even after they reopened in order to maintain social distancing requirements.

Added to this collection of past tax returns are the 2020 tax returns that are in many ways more complicated than usual. This is because of the many COVID-19 relief measures that are tied to tax returns which were included as part of the American Rescue Plan. The benefits include important tax credits and rebates, such as the recovery rebate credit which allows those people who did not receive all or some of the money that they were entitled to as part of the first two rounds of direct federal stimulus payments to claim any outstanding money still available to them. These benefits require enhanced verification measures on the part of the IRS, and these manual in-person reviews conducted by IRS agents slow the processing speeds.

Beyond its usual role in the processing of tax returns, the IRS has also taken on the added responsibility of distributing the third round of federal stimulus payments worth up to $1,400 to eligible Americans. So far, the IRS has distributed more than 165 million of these payments with a total value of over $388 billion. This includes payments sent to Americans whose eligibility is dependent on the IRS’ processing of their 2020 tax returns, including those about whom the IRS did not have a record of and those who are eligible for supplemental “plus-up” payments.

The backlog of unprocessed tax returns has resulted in delays in the distribution of refund payments by up to 6-8 weeks. This has even impacted those people who filed their 2020 returns early.

The delay experienced by early filers can be explained at least in part by the aforementioned extra verification measures that the IRS is carrying out, as well as the timing of the passing of the American Rescue Plan. The bill, which passed in early March, came after many Americans had already filed their returns. In order to determine eligibility for some of the benefits included in the bill, such as the $10,200 credit for those people who paid taxes on unemployment benefits they received in 2020, the IRS had to reexamine returns submitted by early filers. This likely delayed their refunds, and the IRS only recently began sending refunds to those eligible for the unemployment credit.