Joe Biden: A Wartime Leader in the Coronavirus Era? 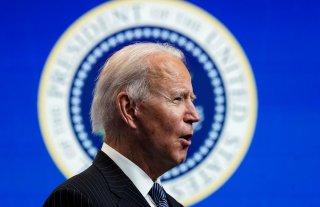 Many people may argue that President Joe Biden is a major improvement over Donald Trump, that Biden deserves a honeymoon period, and that it is churlish to suggest that he should have started his presidency differently than he did. However, the new president stresses the importance of facts, of truth. Americans must take into account that the enemy that is attacking the country is not at the gates but in the gates. There are a growing number of weeks during which it has killed more Americans per day than in the attacks on Pearl Harbor or 9/11. This unrelenting attack calls for a wartime-like mobilization of all sectors, public and private, as well as the third sector, which includes places of worship, voluntary associations, and foundations.

Biden’s inauguration speech was well-crafted and well-delivered. Its main theme, repeated and emphasized, was a call for unity. It served to change the tone and hopefully to reduce the overheated political culture and highlighted his good intentions. However, the focus is on what is widely agreed to be a completely elusive goal. What was needed was a Churchillian call to arms. A complete focus on the dire state of affairs, on the mass suffering, on the very urgent need to act now. Expressions of outrage and alarm about the many millions of vaccines sitting on shelves. There should be a call for all hands on deck, with health care practitioners—from volunteer retired nurses and doctors to military medics—all lined up to give injections, wherever they are needed. All pharmacy chains should be entrusted with distribution, helped by corporations like Amazon. There should be total mobilization. When the house is on fire, the number one subject is not how to bridge the ideological differences among the firefighters but to provide them with more and better equipment so that they can douse the fire as soon as possible. As it is, the government does not even know who has what medical supplies and what they need, vaccines included.

Biden has required mask-wearing on federal properties and federally-regulated modes of transportation, where it was already largely required. He should have added that masks should be taken out of politics and should be treated as stop signs or sunglasses; that even if a person opposes all he does, then that person should still wear masks as a sign of caring about others and the nation, as a sign of patriotism. He should call on social media influencers, celebrities, and clergy to participate in a public education drive, encouraging people to do their share for the campaign against the virus by donning a mask. He should ask artists to fashion public service announcements.

Biden has stated that he does not wish to be an imperial president and that, hence, he will use executive orders (renamed executive actions) only to undo the Trump legacy, otherwise relying on Congress to push through the needed laws, which is the proper way to govern. However, given the carnage, in all matters concerning the pandemic, Biden should not hesitate to order that which needs to be done. Indeed, one of his best moves has been to state that he will use the Defense Production Act (DPA) to get more vaccines produced and to ensure that the materials that are needed to make them are available. There has been some talk about the fact that the DPA will be used but the public needs to learn more about the ways it is actually employed.

Biden gets security briefings each day. He should ask for daily briefings on the campaign to curb the pandemic to signal that the virus poses as much danger (obviously more) than any foreign power. Additionally, White House Press Secretary Jen Psaki should make it known that Biden personally interferes when there are roadblocks. Thus, if one state cannot find enough people to administer inoculations, then the president should arrange for health care professionals of another state to come over. If one state has millions of vaccines and the one next door has run out, as is the case now, then Biden should get the governors in line and arrange for the state with supplies to send some to the state without. He should lead the drive in a hands-on fashion, thus dramatizing the urgency of the campaign against the pathogen. People need to get the sense that, as the challenge is completely extraordinary, so is the response.

Biden is reported to have learned from Obama’s mistake of investing most of his political capital in supporting health care reform rather than dealing with the economic crisis. Thus, Biden intends to focus like a laser on curbing the pandemic and reopening the economy. Well, both in his speech and in his first acts, he also launched various policies to deal with the climate, immigration, and inequality, among other issues. During the campaign, Biden committed to act on such issues in his first days in office; he did well to live up to his promises and to show his various constituencies that he attends to their concerns. But, now, as his cabinet members are confirmed, he should let them each handle one or more of these agenda items and let the various concerned groups turn to Congress to advance these policies. He should use his political capital to get the bills needed to fight the virus through Congress, thus enabling the reopening of the economy.

Biden famously believes in bipartisanship. He is by nature and experience more of a parliamentarian than a war leader. However, the Senate has not even worked out the rules by which it will operate. There is some concern that it will take weeks for Congress to take action, and that Senate Minority Leader Mitch McConnell (R-Ky.) may again use his bag of parliamentary tricks to derail much of the work that so urgently needs to be done. As a wartime president, Biden should call the leader of the opposition and tell him, given the state of affairs, “I need to know now: Will you work with me? If so, I will let you share the credit for saving many thousands of American lives and being able to reopen schools and jumpstart the economy. If not, I will ask my colleagues in Congress to ram through the essential bills, one way or another.”

The nation pays for delays with blood.