Is Normalcy the New Normal? 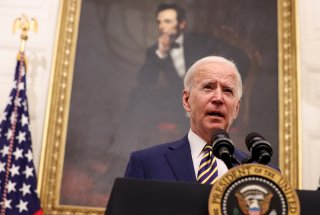 Horace Walpole, an eighteenth-century writer and long-time member of the British Parliament, famously observed that “life is a comedy for those who think and a tragedy for those who feel.” I must have been thinking the same thing while I watched the inaugural melodrama unfold because I found the whole thing funny as hell.

Suddenly, all was sweetness and light and the highest civic virtue was unity behind the incoming administration. Ironically, some of the people making the loudest calls for unity, from President Joe Biden on down, were the same people who, four years ago, had been part of a lame-duck administration’s efforts to overturn the 2016 presidential election by using the FBI and other government arms to push a now thoroughly “debunked” Russian collusion narrative to nullify the results. When that failed, they spent the next four years bad-mouthing policies that kept us out of further foreign conflicts and ushered in record prosperity shared by citizens of all races and economic strata, while engaging in shameless smear tactics against highly qualified Supreme Court nominees of unblemished character. Not exactly “unity” in action.

In one of the shortest, most decaffeinated inaugural addresses ever delivered, a rather numb Biden repeatedly called for unity but avoided any specifics about the policies he wanted everyone to unite behind. Only time will tell whether this is because he knows some of them are not going to go over well or because he has yet to figure out what they are himself. Meanwhile, we are urged to express our unanimous support for them, sight unseen.

In the outpouring of mainstream media hugs and kisses that immediately followed, the hilarity increased. Those press members who couldn’t report straight during the Trump years weren’t just talking up “unity”; they were cheering a return of “normalcy.” This sudden love affair with “normalcy” is laughable given that many of today’s political reporters have a superficial—if not downright abysmal—grasp of American history.

“Normalcy” is a word of fairly recent and rather dubious coinage. It was first documented in 1857, according to Merriam Webster, the premier authority on the origins of American English usage. If anything, the word should be “normality” rather than “normalcy,” as in the case of older, better-established words such as “formality.” There is no such word as “formalcy” and there probably shouldn’t be any such word as “normalcy.” In any case, for the first six decades of its existence, it was mostly ignored.

It wasn’t until exactly a century ago that “normalcy” developed a political application. For that, we can thank one Warren Gamaliel Harding. A rather bumptious small-town newspaper editor and undistinguished Republican senator from Ohio. In 1920, Harding ran for president on a platform of “normalcy” meant to jettison the progressive-internationalist legacy of outgoing Democratic President Woodrow Wilson. Harding, who cultivated a folksy style, and was generally considered a mental lightweight with little or no grasp of policy details, won by a landslide.

Once in office, Harding, like Barak Obama nearly a century later, was more of an ornamental than a hands-on president. He pontificated a lot but let others—including a number of personal cronies—run the shop. Thanks to a childless marriage, Harding had no venal son to exploit his position, but a number of his cronies ended up knee-deep in corruption and disgrace, e.g. the Teapot Dome scandal. A broken, prematurely aged Harding died suddenly in 1923 while on a political fence-mending tour of the West Coast.

Fortunately, the vice president who had to pick up the pieces in 1923 was a scholarly New Englander with a dry sense of humor, impeccable integrity, and a sound understanding of history, law and governance. His name was Calvin Coolidge, and “Silent Cal” scored a decisive presidential victory in his own right in 1924.

One hopes that the current occupant of the White House—who had already suffered two brain aneurysms before running as the oldest candidate ever to seek and secure the presidency—enjoys better health and experiences fewer scandals than the last man elected president on a platform of “normalcy.” And one also hopes that Joe Biden really will try to be a “unity” president, capable of exercising independent judgment, and hammering out compromises with legislators of both parties rather than rubberstamping the agenda of House Speaker Nancy Pelosi (D-Calif.) and Majority Leader Chuck Schumer (D-N.Y.).

If he fails in this, then American political life over the next four years will be a tragedy for both those who feel and those who think.

Aram Bakshian Jr. served as an aide to presidents Richard Nixon, Gerald Ford and Ronald Reagan and has been widely published here and overseas on politics, history, gastronomy and the arts.