The Johnson & Johnson COVID-19 Vaccine Has a Rare Side Effect. 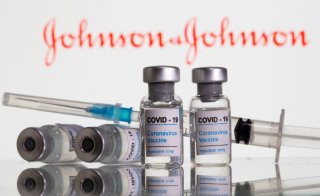 In the early days following its development, the Johnson & Johnson vaccine was heralded as groundbreaking in the fight against COVID-19. The vaccine was initially seen as an attractive alternative to the Pfizer and Moderna shots because it could be supplied in a single dose, allowing it to be deployed more quickly. However, the vaccine has since gained notoriety for adverse reactions in several people, reported through the Center for Disease Control’s (CDC) Vaccine Adverse Event Reporting System, or VAERS.

The Johnson & Johnson vaccine was approved for emergency use in February 2021 and has since been given to roughly 13 million Americans. Since then, however, a number of people have reported adverse health effects – a tiny minority of the recipients, but enough that many people have opted instead to receive the two-dose Pfizer and Moderna alternatives. After a dozen Johnson & Johnson vaccine recipients developed rare blood clots after receiving the shot, the vaccine’s rollout was briefly suspended in early April, although it was restored to use later in the month.

On Monday, the Food and Drug Administration (FDA) added an additional warning about a new potential side effect: an increased risk of Guillain-Barre syndrome, a rare neurological illness in which the body’s nerve cells are attacked by its immune system. The condition can cause paralysis; although it usually passes within weeks, the resulting nerve damage is often irreversible. According to the CDC, there are 3,000 to 6,000 cases per year on average, mostly affecting adult males over the age of 50.

Guillain-Barre syndrome has been linked with other, older vaccines, such as a swine flu vaccine in 1976. In that case, however, the increased risk of Guillain-Barre was statistically insignificant. Crucially, it is also statistically insignificant for the Johnson & Johnson vaccine. While one hundred reports of Guillain-Barre syndrome in J&J recipients have been filed, out of 13 million doses, this number amounts to a rounding error. One’s chances of developing serious neurological complications from the J&J vaccine appear to be, literally, one in a million.

Because of this – and because some COVID-19 survivors later developed Guillain-Barre syndrome themselves, indicating the virus could also make place people at greater risk – health officials have overwhelmingly agreed that it is far safer to get the vaccine than to refuse it.