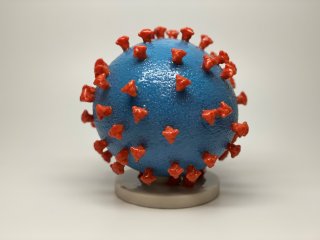 Mayor of London Sadiq Khan has declared a “major incident” amid a record number of new Omicron cases in Britain’s capital.

“The surge in cases of the Omicron variant across our capital is hugely concerning, so we are once again declaring a major incident because of the threat of COVID-19 to our city,” Khan said on Saturday.

“We are already feeling the impact across the capital and while we are still learning about this variant, it’s right that London’s key agencies work closely together to minimize the impact on our city, including helping to protect the vital vaccination program,” Khan said.

The mayor cited staff absences among sick frontline workers as a particularly concerning consequence of the Omicron surge.

A statement posted to Khan’s official website claimed that the declaration would “help authorities support each other to reduce service disruption and allow more time to administer booster vaccines, as we learn more about the severity of the variant and the impact it will have on the NHS [National Health Service].”

According to the site, “a major incident is defined as an event or situation with a range of serious consequences which requires special arrangements to be implemented by one or more emergency responder agency. It is ‘beyond the scope of business-as-usual operations, and is likely to involve serious harm, damage, disruption or risk to human life or welfare, essential services, the environment or national security.’”

The statement indicated that the declaration would lead to greater coordination between Britain’s public services and promised the establishment of a Strategic Coordinating Group that would help London to receive support from the national government.

Omicron has emerged as the dominant variant in the British capital. 83 percent of new cases on December 15 and 16 were found to have “S gene target failure,” or SGTF, a major predictor of the Omicron variant, according to publicly available health statistics. At the same time, the number of coronavirus patients in the city’s hospitals has increased by 29 percent from the previous week.

Around 25,000 Omicron cases have been reported in the country so far, with seven recorded deaths.

To help stem the tide, Khan urged all Londoners to receive the vaccine as quickly as possible. The mayor claimed that booster shots had been proven to be effective against Omicron, but also urged that it was “never too late” to receive a first or second jab as well.

The city’s last “major incident” was declared on January 8, 2021, amid a rapid increase in cases of the original coronavirus following Christmas celebrations.