Monthly Stimulus Checks Until 2025? How Joe Biden Could Do It. 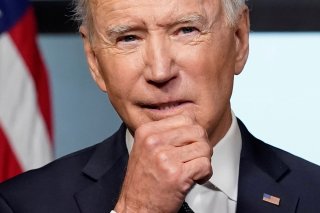 The checks, which would be in the form of a child tax credit, were first implemented under Biden’s relief package. The president boosted the original $2,000 credit to $3,000 and allowed parents with children under the age of 6 to qualify for $3,600. The measure also permits parents of children at an age of 17 to be eligible for a tax credit. The credit is fully refundable, and the $2,500 earned-income requirement has been eradicated.

Eligible parents for the full amount include single filers making up to $75,000 and joint filers earning up to $150,000. Parents will receive the child tax credit by periodic payments between $250 to $300 starting in July.

While the monthly direct payments established under the American Rescue Plan are only temporary, Biden is now proposing to extend them for the next four years.

But some Democrats insist that isn’t sufficient relief for Americans who are battling to put food on the table and pay off bills accumulated during the pandemic. A group of congressional Democrats have joined together to call on the White House to make the enhanced child tax credits permanent, but the president has not signaled a willingness to do so. Last week, Biden met with members of the Congressional Hispanic Caucus and seemed reluctant to make the expansion permanent.

“He said ‘I’d love to do it permanent, but I’m not sure that I can get that through the Senate,’” Rep. Teresa Leger Fernandez (D-N.M.) told reporters after a meeting with the president. “You could tell he was interested in making it permanent, that was the back and forth on that.”

“Through sensible, but bold investments, we can put workers’ minds at ease and ready our country to come roaring back. All while lifting millions out of poverty by permanently extending the hugely popular expansions the Ways and Means Committee made to key tax credits in the American Rescue Plan,” House Ways and Means Committee Chairman Richard Neal (D-Mass.) said in a statement.

But even if the child tax credit doesn’t become permanent, American families could see a $250 to $300 monthly boost until 2025.

And Biden’s $1.8 trillion American Families Plan, which he outlined Wednesday to a joint session of Congress, pushes for a dramatic expansion of government spending, including providing two years of free community college, free preschool instruction, more affordable child care programs, paid family and medical leave and greater access to Medicaid, among other items.

It’s unclear, however, whether the bill would pass in the Senate, as Republicans balk at Biden’s method to pay for it—by raising taxes on the wealthiest Americans and on corporations. And with razor-thin margins in both congressional chambers, Democrats would need to hold its entire caucus together in the upper chamber to pass Biden’s big spending measure, as the Senate is split 50-50.