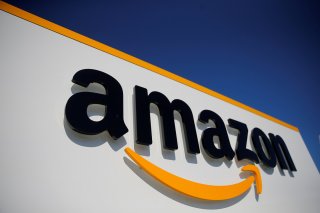 E-commerce sales in the United States surged more than 30 percent between the first and second quarter of this year, according to recent data released by the U.S. Department of Commerce.

As the ongoing global coronavirus pandemic has driven more consumers to shop at home, about $211.5 billion was spent online in the second quarter, which represents a hefty increase of 31.8 percent from the three months prior.

For comparison, the first quarter witnessed sales of $160.3 billion, a much-smaller jump of 2.4 percent from the fourth quarter of 2019.

According to the report, e-commerce now accounts for 16.1 percent of all U.S. sales, a substantial rise from 11.8 percent in the first quarter.

Amid the months-long pandemic, unsurprisingly, major retailers like Amazon, Walmart and Target have benefited greatly from the rapid shift to e-commerce. All three have reported blowout earnings during this particular quarter.

“This was another highly unusual quarter, and I couldn’t be more proud of and grateful to our employees around the globe,” Amazon CEO Jeff Bezos said in a statement after the earnings call.

Walmart reported a 97 percent surge in online sales, which came after the company’s digital sales rose 74 percent in the first quarter.

Not to be outdone, Target on Wednesday largely blew past every forecast on Wall Street for its second quarter, as it attracted millions of new customers online—which helped the company nearly triple its digital sales from a year earlier.

“Throughout the year and over the last few years, we’ve built tremendous trust with the guest,” Target CEO Brian Cornell said on the earnings call. The strong relationship with customers has “been one of the big drivers behind our success.”

Even as some regions of the country have eased business restrictions, online shopping has continued to show strong growth among shoppers, according to consulting company Kantar, which recently reported that 40 percent of consumers now admit that they have “increased or significantly increased” their online shopping amid the pandemic.

According to a new survey by Top Data, more than 70 percent of respondents said that they are shopping online now more than they did before the coronavirus pandemic. And nearly 90 percent said that they will continue to shop online more even after a viable vaccine is developed.