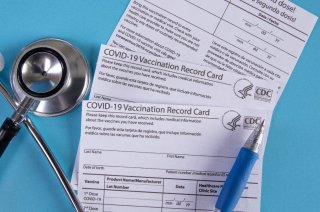 @AntiVaxMomma, an Instagram influencer opposed to vaccine use, was charged in a New York City court for having sold roughly 250 fake vaccine cards to the city’s residents. The woman, whose real name is Jasmine Clifford, is a resident of New Jersey. There is a warrant for her arrest, but she has not turned herself in and did not appear in court.

In addition to a felony charge related to the sale of the cards, Clifford is also wanted for cooperating with another woman, Nadayza Barkley, a medical clinician, to falsely enter ten or more non-vaccinated people into the New York immunization database. Being recorded in the database allows a person to receive an “Excelsior Pass,” a digital vaccination certificate that allows New Yorkers to visit some vaccine-required locations such as restaurants and gyms.

Clifford allegedly charged $200 for the fake vaccine cards and an additional $250 for illicit entry into the state’s database.

Cyrus Vance Jr., Manhattan’s district attorney, issued a statement expressing frustration with efforts to combat vaccination fraud. “The stakes are too high to tackle fake vaccination cards,” it read, underlining that forging the cards was a serious crime that would endanger public safety.

The statement called on Facebook, which owns Instagram, to do more to combat anti-vaccine disinformation. Facebook has prohibited advertising the sale of vaccine cards on its platforms, and a spokesperson later clarified that Clifford’s account had been banned in early August.

Vance’s statement described pursuing individual vaccine fraudsters as “whack-a-mole prosecutions” which were unlikely to stamp out the problem of vaccine misinformation and fraud altogether.

By the end of August, roughly fifty-two percent of the country has been fully vaccinated, one of the highest vaccination rates in the world. However, a significant number of Americans, especially, but not exclusively, on the political right, have remained openly skeptical of vaccines—and often defiant of other public health measures, such as mask mandates. As more states and private companies have begun to require evidence of vaccination in order to access their services, law enforcement organizations have had to deal with an influx of fake vaccine cards, which have been sold on e-commerce sites like Amazon and Etsy in the past.

In April, the National Association of Attorneys General sent a letter to Twitter, Shopify, and eBay, urging them to be proactive in halting the sale of forged vaccination cards. U.S. Customs and Border Protection has also made several high-profile seizures of imported vaccine cards.