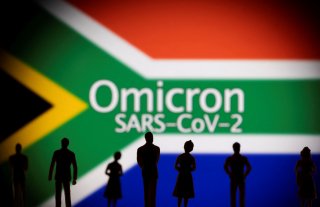 Authorities in South Africa have indicated that the country’s midnight curfew would be lifted in response to the country’s declining coronavirus case rate. Africa is where the Omicron variant of the virus was discovered in November.

The curfew had ordered South Africans to remain indoors from midnight until 4 a.m. It encountered opposition from South Africans who work in the hospitality sector. They launched a petition to South African President Cyril Ramaphosa urging him to undo it.

Mondli Gungubele, South Africa’s Minister of the Presidency for Planning, Monitoring, and Evaluation announced the change in a press release on Thursday, noting that the country’s caseload had decreased by nearly 30 percent since the previous week.

“All indicators suggest the country may have passed the peak of the fourth wave at a national level,” according to Gungubele’s statement.

In addition to the lifting of the curfew, alcohol sales, which had been forbidden after 11 p.m., were permitted to resume at licensed stores at all hours.

The government also urged South Africans to restrict the sizes of their gatherings to fewer than 1,000 in a single building indoors, and fewer than 2,000 outdoors. It underlined that mask-wearing, which is mandatory and legally required in South Africa, would continue to be actively enforced.

The South African Department of Health’s coronavirus statistics for the week of December 18 to December 25 revealed that 127,753 new cases had been reported in the week. That is a large number but it is a decrease of nearly 30 percent from the case rate in the previous week.

As the Omicron variant dies down in South Africa, it has spread around the rest of the world and raised fears of a renewed wave of lockdowns. Initially, the United States and a handful of European countries imposed travel restrictions on South Africa and its neighboring countries, which Ramaphosa and South African health officials attacked as scientifically baseless and discriminatory.

The travel restrictions, which have since been lifted, did not prevent Omicron from entering the United States. Now, it is the most prominent variant in the country and surpassed the delta variant in its infection rate.

South Africa continues to have the highest coronavirus rate in Africa, with 3.5 million cases of the virus and more than 90,000 deaths since early 2020.