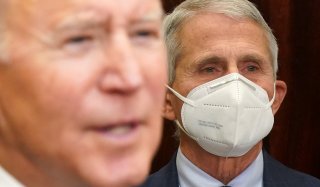 South African President Cyril Ramaphosa condemned the travel bans imposed on South Africa in light of the emergence of the “Omicron” variant of the coronavirus, calling on the countries that imposed them to reverse them quickly.

Since South African scientists flagged the new variant last week, a host of travel restrictions have been imposed on it and other countries in southern Africa. The United States, United Kingdom, and other developed countries have largely blocked flights in and out of southern Africa, while some countries, including Morocco and Israel, have closed their borders to foreigners entirely. South African policymakers and scientists have criticized these reactions as alarmist; although the World Health Organization (WHO) designated the Omicron variant a “variant of concern” and suggested that there was a “very high” risk it would spread, it offered no speculation into that variant’s transmissibility, lethality, or ability to break through existing vaccines, only indicating that it would continue research on the variant’s traits.

“We call upon all those countries that have imposed travel bans, on our country and our southern African sister countries, to immediately and urgently reverse their decisions,” Ramaphosa declared in a televised address.

Ramaphosa suggested that the bans would cause significant damage to South Africa’s economy and the livelihoods of its people. He called the travel restrictions “scientifically unjustified” and argued that they amounted to discrimination against southern Africa, which had already been hit hard by the pandemic and in many cases had far lower vaccination rates than the developed world.

South Africa’s economy is heavily dependent on tourism. The country lost $10 billion in 2020 to canceled bookings and has been projected to lose roughly $10 million for each week that flights remain suspended. The timing of the travel ban is particularly unfortunate; as European workers enter their holiday vacations, many of whom travel to South Africa where it remains the middle of summer due to that country’s location below the equator.

The ban is also frustrating to many South Africans because the government had been transparent about the outbreak with international health agencies. The country’s treatment has led to warnings that, given the South African precedent, other countries in the region might be tempted to hide further outbreaks out of fear of economic consequences.

Nearly ninety thousand South Africans have died of the coronavirus since the onset of the pandemic, the highest death rate in Africa. Around three million have been infected in total, while twenty-five million total doses of vaccine have been injected, in a country of sixty million.