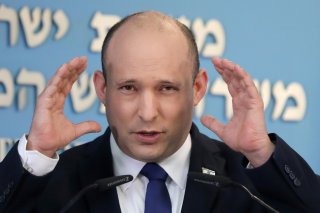 The Israeli government has announced a two-week ban on all foreign travel into the country, shutting down its borders altogether in an attempt to contain the spread of the omicron variant of the coronavirus.

Israeli prime minister Naftali Bennett announced the ban on Saturday, indicating that it would last fourteen days and could be extended. The country’s Interior Minister, Ayelet Shaked, indicated that the Israeli government believed that the new variant was already present in “nearly every country,” but that a temporary shutdown was necessary to attempt to contain its spread.

The total ban, which went into effect on Sunday night, is an expansion of an earlier set of restrictions preventing travel from southern Africa, where the new variant originated.

Although the omicron variant has been described as a “variant of concern” by the World Health Organization (WHO), remarkably little is actually known about the virus’s transmissibility or lethality, or how much protection the existing coronavirus vaccines provide against it. The WHO has begun to study the variant’s properties, but in the absence of hard evidence, political and economic uncertainty have prevailed; many countries, including the United States, have erred on the side of caution and blocked travel to and from southern Africa, where the omicron variant originated and has hit the hardest.

African leaders and health officials have challenged the travel restrictions, pointing to their negative effects on African economies, questioning their efficacy, and arguing that they have unfairly punished South Africa for transparency regarding its caseload, potentially incentivizing other variant-affected nations to cheat or hide information in an attempt to prevent a blockade.

Also, Bennett indicated that Israel’s phone-tracking technology, developed by Israel’s Shin Bet counterterrorism agency, would be used for contact tracing and following the footsteps of infected Israelis. This information would then be used to curb viral transmission.

Around 57 percent of Israel’s population of roughly 9.5 million have been vaccinated, while 1.3 million total coronavirus cases have been reported since the onset of the pandemic.