The Sad Way Millions of Americans Spent Their Stimulus Checks 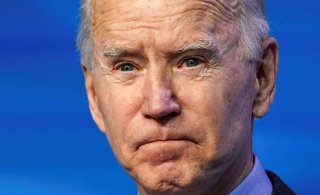 By the final week of April, roughly 160 million stimulus checks had been sent out by the IRS – containing payments totaling over $380 million. While most Americans receiving less than $75,000 per year received a $1400 check, some received further benefits, such as supplementary payments for dependents.

Stimulus checks are not universally supported. While some have argued that they have helped to stave off poverty during lockdowns, others have criticized them for being expensive to taxpayers and ineffective at stimulating the economy. It has now been more than two months since the first stimulus checks were sent out on March 12th, and it has now been possible to put together a picture of the checks’ effectiveness.

The U.S. Census Bureau tracks several metrics related to poverty in the United States. One of these metrics is hunger – the percentage of U.S. households that experienced food insecurity during 2020 and 2021. Unsurprisingly, these numbers sharply increased during the pandemic, reaching a peak of 13.7% of households in December 2020.

While causation cannot be proven, Politico has noted that there appears to be a direct link between stimulus payments and decreases in hunger. After the March 2021 $1400 stimulus check was sent out, the percentage of households experiencing food insecurity decreased to only 8%.

This result is understandable. Food is more essential than rent; if a household lacks food, an influx of money will logically be spent on food first and other considerations later. In June 2020, the Census Bureau’s survey revealed that four out of five adults who received the stimulus check had spent a portion of it on food. Other significant expenses included rent, household supplies, and other basic expenses. Only a small minority saved the check or spent it on discretionary expenses such as new electronics or vacations.

This argument – that Americans have primarily used stimulus payments to meet basic needs – is the cornerstone of advocacy for future stimulus checks. While President Biden has made no indication of supporting a fourth stimulus check – and his two economic recovery plans, the American Jobs Plan and the American Families Plan, make no mention of the proposal – many legislators, particularly Democrats, have advocated in favor of such a check. Some, such as Reps. Ilhan Omar (D-MN) and Alexandria Ocasio-Cortez (D-NY), have gone a step further, advocating for monthly payments of $2000 for all low-income Americans until the end of the pandemic.

It is unlikely that these plans will come to fruition, given their opposition from Republicans and fiscally conservative Democrats. However, the Census Bureau’s data seems to bolster the Democrats’ case – and would likely strengthen Biden’s efforts to pass a fourth stimulus check, if he decided to.