Stimulus Check News: How You Can Qualify for A Stimulus 'Bonus' 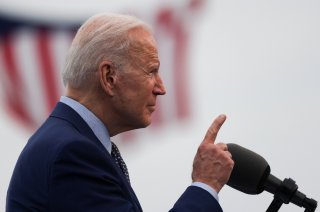 The IRS this week announced that the latest round of stimulus checks went out on August 28, consisting of 2 million payments worth a total of $4.3 billion. Those payments included 730,000 “plus-up” payments, valued at a total of $1.3 billion.

What exactly are plus-up payments?

They’re described by the IRS as “additional ongoing supplemental payments for people who earlier this year received payments based on their 2019 tax returns but are eligible for a new or larger payment based on their recently processed 2020 tax returns.”

According to a Fast Company description of the payments and how they work, people are eligible for the plus-up payments if they already got a smaller stimulus payment, but their financial situation has changed since. Either because they had a child, or their income significantly changed.

President Biden spoke to the nation as part of a joint address to Congress on Wednesday night, where he touted the success of the American Rescue Plan and their stimulus checks.

“We kept our commitment and we are sending $1,400 rescue checks to 85% of all American households.  We’ve already sent more than 160 million checks out the door. It’s making a difference. For many people, it’s making all the difference in the world… together — we passed the American Rescue Plan,” Biden said in the nationally televised address, per his prepared text, as published by Politico. “One of the most consequential rescue packages in American history. We’re already seeing the results.”

However, while Biden discussed his plans for a pair of new spending packages that are each expected to cost over a trillion dollars, the American Jobs Plan and the American Families Plan, he did not promise new full-on stimulus checks.

Some Democratic lawmakers have called for another round of those checks, to join the two packages from 2020 and the American Rescue Plan earlier this year. But Biden has signaled that he doesn’t believe the political will is there to pass another round of checks for everyone, at least in the short term.

However, Biden did propose in the speech a plan to extend the expanded child tax credit that passed as part of the American Rescue Plan, to at least 2025. Another plan announced this week, from House Ways and Means Chairman Richard Neal, would make that child tax credit permanent.

“On our way forward to a Union more perfect. More prosperous. More just. As one people. One nation. One America,” Biden said in the conclusion of the speech.