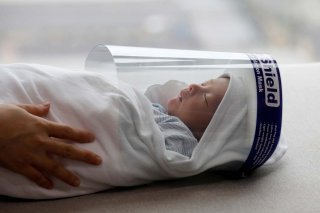 Pregnant women who are infected with the novel coronavirus are more likely to become severely ill and die, according to a pair of studies released by the U.S. Centers for Disease Control and Prevention.

Although the overall risk of severe illness or death still remains relatively low, the researchers discovered that pregnant women carrying the virus are more likely to need extra medical care than non-pregnant individuals.

“After adjusting for age, race/ethnicity, and underlying medical conditions, pregnant women were significantly more likely than were non-pregnant women to be admitted to an intensive care unit, receive ventilation, receive extracorporeal membrane oxygenation and die,” the study said.

Moreover, the rate of preterm birth—when a child is born before a pregnancy reaches thirty-seven weeks—was found to be 12.9 percent among women with the virus, which is 2.7 percent higher than the general population.

In one of the studies, the researchers analyzed data on nearly 462,000 women between the ages of fifteen and forty-four who tested positive for the virus between January 22 and October 3. For the research, the team only focused on those exhibiting symptoms.

What the researchers discovered was that pregnant women were three times more likely to need help breathing with invasive ventilation. They also showed higher rates of fatality—1.5 deaths per 1,000 pregnant women, compared to 1.2 per 1,000 non-pregnant women.

The studies also pinpointed racial and ethnic disparities regarding both risks for infection and disease severity among pregnant women. For example, Hispanic women were 2.4 times more likely to die from the virus and Asian American and Native Hawaiian/Pacific Islander women had a greater risk of being admitted to intensive care units.

These findings are “indicating a need to address potential drivers of risk in these populations,” the report wrote.

The team added that regardless of whether they were pregnant, women over the age of thirty-five were more likely to experience severe illness from the coronavirus.

The CDC noted that pregnant women should be encouraged to seek prompt medical care if they develop any of the symptoms associated with the virus. Doctors and physicians should also strongly emphasize preventative measures to guard against potential infections.

“To minimize the risk for acquiring SARS-CoV-2 infection, pregnant women should limit unnecessary interactions with persons who might have been exposed to or are infected with SARS-CoV-2, including those within their household, as much as possible,” the CDC wrote.

“When going out or interacting with others, pregnant women should wear a mask, social distance, avoid persons who are not wearing a mask, and frequently wash their hands.”