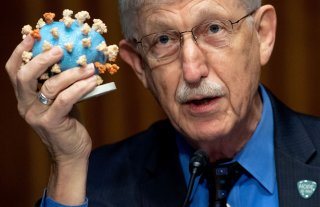 The coronavirus was supposed to run its course by spring, according to President Donald Trump.

“The virus that we’re talking about having to do, a lot of people think that goes away in April, with the heat, as the heat comes in, typically that will go away in April,” Trump said in February.

Trump wasn’t the only one who thought warmer temperatures, sunlight and humidity would kill the virus. Scientific papers regarding coronavirus hypothesized that, similar to the flu, it would diminish in the heat. But, America is in the middle of summer and some of the major hotspots for the virus are in the south, in warmer climates.

“There is a lot we don’t know,” Dr. Mark Schwartz, biotechnology executive and professor at San José State University, said. “We are responding to the immediate emergency, but we don’t really, we haven’t had a lot of time to study its properties. We’re simply responding to the emergency.”

“The virus may be slowed by the heat, but it doesn’t kill it,” Schwartz said.

Flu season tends to run from fall to spring, as windows are shut, families are indoors, kids are in school and people go back to work. Schwartz said it would be “reasonable” to speculate that the coronavirus would have a similar behavior and “break down,” or become less stable in warmer temperatures.

“The composition of the virus is such that, one would hypothesize, or expect it to be less stable in warmer temperatures, warmer climates. That has not been proven. There’s been no research yet to show, to demonstrate what it’s stability is in warm versus cold climates,” Schwartz said.

The makeup of most respiratory viruses reveal that the heat can affect its transmission. Hospitals have ultraviolet lights to weaken or kill these types of germs.

Florida, Texas and Arizona—all of which have surging temperatures and humidity—have spiked in the number of coronavirus cases in recent weeks. As of Thursday, Florida has over 300,000 confirmed cases, Texas has more than 290,000 and Arizona has nearly 140,000.

Schwartz proposed reasons for jumps in cases in the south, including reopening the economy too soon and people spending more time indoors, in air-conditioned rooms.

“Because this virus tends to be more infectious, apparently more infectious than the flu virus, that it spreads even in the summer, and once we opened the lockdown and everybody ran out to bars and pool parties, the spread increased, rather than decreased as people hypothesized might happen in the summer,” he said.

Republican Governor Ron DeSantis of Florida lifted the stay-at-home order on May 4. Just one month after that, DeSantis moved forward and reopened bars, businesses and entertainment venues despite the increasing number of coronavirus cases. On June 26, he reversed the order and began to close down businesses again.

Texas and Arizona are also reversing orders that allowed businesses to reopen, as waves of the coronavirus hit them.

“We do know that this virus is very infectible, it has a high infectious rate.” But, Schwartz emphasized, there’s just a lot “we don’t know” about the virus.