Truth: You Won't Get A Stimulus Check If the IRS Thinks You're Dead 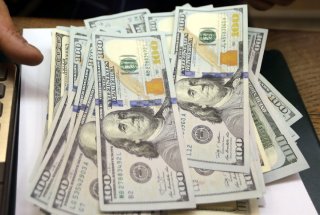 Last month, the local media in Indiana wrote about a man who was unable to get his stimulus check for a unique reason: The IRS believes that he is dead.

The misunderstanding came as a result of some mix-up a few years ago, in which the man was mistakenly added to the Death Master File, a list kept by the government of everyone who is deceased, which is sometimes shared with the private sector. The man, Bobby Musgrove, has therefore been denied his stimulus check, as well as both such checks last year and several years of tax returns.

In fact, it turns out that, per an NPR report in 2018, 12,000 Americans are accidentally added to the Death Master File each year, although it does not always take years to correct the mistake.

It turns out he’s not the only one, as media in Oklahoma reported this week that a man in that state has also been falsely reported dead, likely because of a mix-up following the passing of his wife.

Now, per a report from Indiana TV station WTHR, Bobby Musgrove has been told by the IRS that he will soon be declared alive again.

“I got a call from an IRS liaison who told me she could take care of it, and things should be fixed by May 10,” Musgrove told the TV station of his “resurrection. “I think you put a lot of pressure on them.” He has also been told that his tax returns from 2019 are being processed, and he can file the ones for 2020 once the request to remove him from the ranks of the deceased has been completed.

The story also brought several other people, most of them in Indiana, out with their own stories about being falsely declared dead by the government. Several of them said they had made multiple inquiries to the IRS to rectify the situation. They also have not been able to receive stimulus checks.

One woman, named Kitty Smith, told WTHR that she has been fighting the government to be declared alive for seven years.

“Apparently I croaked – I died – in May of 2014. That is when this all started with the IRS,” Smith told the station. “Someone flipped a switch that I’m dead. I’m looking for someone to un-flip that switch and put me back to living.”

The 80-year-old said that the IRS recently told her that some of their computers list her as dead while others say she is alive. And at the other end of the age spectrum, a 21-year-old woman in Oklahoma told the station that the government has listed her as dead since she was 17.