Trying to Achieve Herd Immunity in U.S. Could Lead to 2 Million Deaths 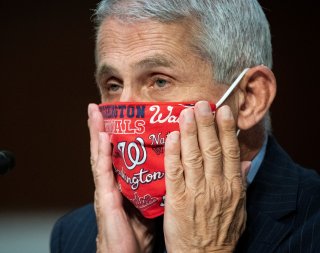 Herd immunity is once again becoming a controversial topic in the ongoing fight against the novel coronavirus.

This particular approach—similar to what was pursued in Sweden—aims to have enough people within a population become immune to a disease, often through vaccination or natural infection, to make its spread unlikely. As a result, the entire community is protected, even those who are not themselves immune, according to Harvard Medical School.

The threshold for herd immunity to the coronavirus is estimated between 60% and 80% of the population.

Although this strategy might appear beneficial in finally ending the eight-month-long global pandemic, about two million Americans could die from such an effort, according to Dr. Leana Wen, an emergency physician and former health commissioner for the city of Baltimore.

“If we’re waiting until 60% to 80% of people have it, we’re talking about 200 million-plus Americans getting this—and at a fatality rate of 1%, let’s say, that’s two million Americans who will die in this effort to try to get herd immunity,” she said during an interview on CNN.

“Normally when we talk about herd immunity, we talk about how much of the population needs to be vaccinated to have immunity to the virus, to the pathogen, so that transmission can no longer take place or it’s very difficult for a virus or a pathogen to transmit between people,” she said.

In an opinion piece for The Wall Street Journal on Sunday, Dr. Scott Gottlieb, the former commissioner of the U.S. Food and Drug Administration, also came out strongly against the United States following Sweden’s model.

“Swedish government officials initially sought to let the virus run largely unchallenged in the general population while taking steps to protect the elderly. The Swedish view was that the country could reach herd immunity without jeopardizing the economy. But holding up Sweden as an enlightened model misreads important parts of its experience,” Gottlieb wrote.

“Many Swedes pulled back from normal activities to shelter themselves from infection anyway, even younger and middle-aged people. The country experienced 5,821 Covid deaths in a population the size of North Carolina. And Sweden is far short of herd immunity, even as the country’s economic recovery ranks among the worst in its region.”

White House coronavirus advisor Dr. Anthony Fauci, the nation’s top infectious disease expert, has said that it is unlikely the coronavirus will ever be eradicated.

It is, however, possible for world leaders and public-health officials to work together to bring the virus down to “low levels.”

There are now more than 25.5 million confirmed cases of coronavirus worldwide, including at least 852,000 deaths, according to the latest data from Johns Hopkins University.