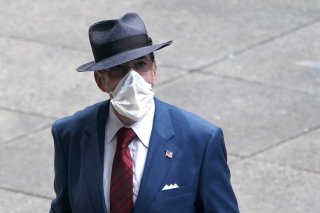 Dr. Scott Gottlieb (see our interview with him here), the former commissioner of the U.S. Food and Drug Administration, has warned that the United States could witness a more expansive resurgence of the novel coronavirus this coming fall and winter.

“I think most people’s perception is we had one epidemic in New York, in the New York region, we came down the epidemic curve, we had another epidemic in the Sun Belt, so that really looks like and feels like a second wave,” he said Friday on CNBC’s “Squawk Box.”

“I do think that we’re going to have a third act of this virus in the fall and the winter and it’s likely to be more pervasive spread in a broader part of the country.”

Gottlieb added that the contagion will likely penetrate the more rural regions of the country, which have been “largely unaffected to date.”

“Every community is vulnerable,” he said.

Gottlieb also noted that the general public needs to understand that the coronavirus does not spread like the flu, in which one infected individual might only pass it on to two or three other people.

There should be more awareness that COVID-19 can spread quickly via “super-spreading events” like indoor gatherings and house parties.

“Really, an outbreak can happen anywhere,” he said.

Health officials and doctors have been sounding the alarm that a devastating one-two punch of the seasonal virus plus the ongoing pandemic has the potential to overwhelm the U.S. health-care system.

However, global efforts to stymie the further spread of the coronavirus—which include face-mask mandates, social-distancing measures and stay-at-home directives—could mean that the United States is in for a milder flu season.

Currently, Australia and other countries in the Southern Hemisphere are in the midst of the winter flu season, and the data is indicating that the overall number of flu cases there is relatively low.

Gottlieb was optimistic that as more people adhere to public-health guidelines, new cases and related deaths could fall to more manageable levels.

The number of daily new cases reported in the United States remains more than 40,000 and the daily death toll is roughly a thousand.

In total, the virus has infected more than 5.6 million Americans and killed at least 174,000, according to the latest data compiled by Johns Hopkins University.

Dr. Robert Redfield, the director of the Centers for Disease Control and Prevention, said Thursday that he would like to bring the number of daily new cases down below 10,000 and related deaths under 250.