The Washington, D.C. Economy Is Getting Smashed by Coronavirus 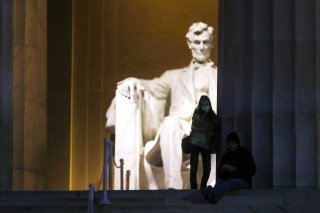 For a month now, the bars and restaurants of Washington D.C. have been shut down for any dine-in services, similar to most of the rest of the country. The state-enforced closures, brought about by the coronavirus pandemic, have already put many businesses on the precipice of bankruptcy due to the lack of business. In D.C., a new business group has formed to lobby the District of Columbia for some sort of assistance, lest the area lose the whole of its eateries for the foreseeable future.

The organization, called DC2021, told the D.C. Council during a Thursday teleconference that they predict mass bankruptcies and closures around the corner for a majority of the city’s restaurants, hotels, retailers, and entertainment venues. These businesses, say DC2021, employ 30% of the district’s working residents and provide the local government $2.7 billion in tax revenue.

It’s possible that social distancing restrictions could be lifted by the start of summer if outbreaks of the virus come under control. Public fear, and hesitance at spending excessive time in public, make it likelier that the financial crisis for these businesses will last much longer. The timeframe could be closer to a year before attitudes return to normal.

DC2021 presented the council for estimated recovery curves. The best-case scenario showed a 70% recovery by early 2021, the soonest a vaccine for the virus might be available. The worst-case scenario, however, showed a less than 30% recovery for businesses by 2022.

“For a lot of businesses, they’re paying yesterday’s bills with today’s revenue, and when that spigot is cut off, the avalanche is overwhelming,” Andy Shallal told the Washington Post. Shallal is a member of DC2021 and owner of the restaurant and bookstore chain Busboys and Poets, a DC staple. “For many businesses that I’ve talked to and many restaurateurs that I’ve talked to, the idea of folding is very real.”

To stave off collapse, DC2021 is lobbying the district to provide a one-year property tax abatement for businesses in relevant sectors, among other tax reductions. Estimates put this relief at $346 million. Businesses are arguing that landlords would be able to pass any tax savings onto tenants and restaurants using the land, many of which already cannot afford to pay their monthly rent.

“We pay $103,000 out of pocket every year for property taxes, and I know that that funds the city, and it’s essential in that way,” said Nizam Ali, whose family owns Ben’s Chili Bowl, a Washington historic landmark and symbol of pride in the black community. “But with no income coming in, or extremely little, it’s devastating for us and for other businesses.” Ben’s Chili Bowl was unable to pay their property taxes for the month of March.

The council appeared receptive to hearing more about the situation, but any kind of grand tax relief measure does not seem to be around the corner.