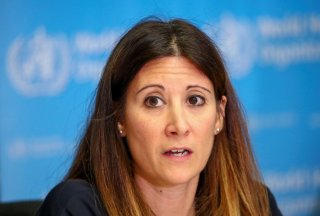 A high-ranking official at the World Health Organization (WHO) has contended that misinformation regarding coronavirus and vaccines is only making the year-and-a-half-long pandemic worse.

“In the last four weeks or so, the amount of misinformation that is out there seems to be getting worse, and I think that’s really confusing for the general public,” Maria Van Kerkhove, the WHO’s technical lead on coronavirus, noted during Tuesday’s Q&A that was live-streamed on the organization’s social media channels.

The unbridled misinformation circulating is “really allowing the virus to thrive,” she continued.

Health officials are hoping that the U.S. Food and Drug Administration’s (FDA) recent full approval of Pfizer’s coronavirus vaccine will help boost lagging vaccination numbers seen across the United States. Currently, nearly fifty-two percent of the U.S. population is fully vaccinated, while about sixty-two percent have had at least one shot, data compiled by the U.S. Centers for Disease Control and Prevention (CDC) show.

According to a Kaiser Family Foundation survey conducted last month, about thirty percent of unvaccinated Americans admitted that they would be more likely to get the vaccine once it is fully approved by the FDA.

Moreover, it found that fifty-four percent of Americans either believe in or aren’t able to distinguish whether a common coronavirus vaccine myth is fact or fiction.

“You’ve heard the president speak very aggressively about this. He understands this is an important piece of the ecosystem,” she said during an interview on MSNBC’s Morning Joe, adding that “there are conservative outlets who are creating irresponsible content, that are sharing misinformation about the virus that’s getting shared on these platforms.”

Bedingfield’s comments came after President Joe Biden asserted that platforms like Facebook are “killing people” by allowing coronavirus vaccine misinformation on their sites. “I mean they really, look, the only pandemic we have is among the unvaccinated, and that’s—they’re killing people,” he said.

In recent weeks, new coronavirus cases in the country are largely being driven by the Delta variant, which was first detected by scientists in India last fall. It has already spread to more than one hundred forty countries and has become the dominant strain here in the United States, now representing more than ninety-five percent of all sequenced cases, according to the CDC.

“I would like to appeal to the people in the country who are not vaccinated to realize that we have the capability among ourselves to essentially cut down the time frame to getting to the end of this pandemic,” White House chief medical advisor Dr. Anthony Fauci said during a press briefing on Tuesday.

“Get vaccinated and the time frame will be truncated dramatically,” he continued.