WHO Shoots Down Rumors That Food Can Transmit Coronavirus 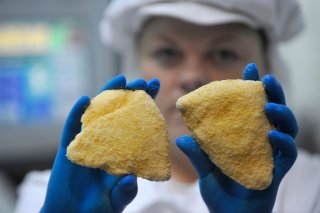 Despite reports out of China that the novel coronavirus has been found on the surface of imported frozen food over the span of four days, the World Health Organization reassured the public Thursday that the contagion likely does not spread in such a manner.

“There is no evidence that food or the food chain is participating in the transmission of this virus,” Dr. Mike Ryan, executive director of the WHO’s emergencies program, said during a press conference at the agency’s Geneva headquarters.

According to WHO officials, Chinese health officials tested a “few hundred thousand” samples of frozen food and found that “very, very few” tests came back positive.

In the southeastern city of Shenzhen, health officials there said a surface sample of frozen chicken wings from Brazil tested positive for the coronavirus. In response, the Shenzhen Municipal Health Commission stated that it traced and tested everyone who may have come into contact with the affected food products, and all results came back negative.

The officials added that they have issued updated safety guidance for food handlers with the United Nations’ Food and Agriculture Organization.

Maria Van Kerkhove, head of the WHO’s emerging diseases and zoonosis unit, said that even if the coronavirus is present in food, it would likely be killed during the cooking process.

“If the virus is actually in food, and we have no examples of where this virus has been transmitted as a foodborne, whereas someone has consumed a food product, the viruses can be killed like other viruses as well—can be killed if the meat is cooked,” she said during the press briefing.

Ryan added that the WHO will look closely at these reports out of China and rely on scientific evidence when making conclusions.

“People are already scared enough, fearful enough in the COVID pandemic,” she said.

There are now more than 20.7 million confirmed cases of coronavirus worldwide, including at least 751,000 related deaths, according to the latest data from Johns Hopkins University.