WHO Admits There’s No "Silver Bullet" in Coronavirus Fight 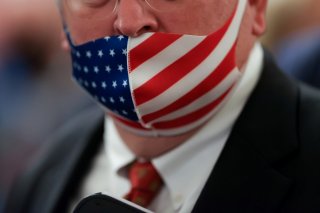 As scientists and pharmaceutical companies across the world scramble to develop a viable coronavirus vaccine, the World Health Organization has admitted that there is no quick cure in the ongoing battle against the pandemic.

There are reportedly a number of vaccines in late-stage trials, and a vaccine that’s at least 50% effective may be given the clear as soon as early 2021.

“However, there is no silver bullet at the moment and there might never be,” WHO Director-General Tedros Adhanom Ghebreyesus said during a press conference from the agency’s Geneva headquarters.

According to the WHO, there are more than 150 vaccines under development worldwide, and at least twenty-five are already in clinical trials.

The Department of Health and Human Services has confirmed that Pfizer and Moderna, which both have entered Phase 3 trials for their leading vaccine candidates, have already vaccinated “several hundred people.”

Until a safe and effective vaccine is available, Tedros said new coronavirus outbreaks can be stopped by practicing the “basics” of public health and disease control.

“Testing, isolating and treating patients and tracing and quarantining their contacts,” he said.

“Do it all. Inform, empower and listen to communities. Do it all.”

“The message to people and governments is clear: Do it all,” he said.

The WHO has warned there is no returning to the “old normal” as the pandemic has accelerated in America and poorer countries in recent weeks.

“It’s completely understandable that people want to get on with their lives, but we will not be going back to the old normal,” Tedros said on July 23.

There are now more than 18.3 million confirmed cases of coronavirus worldwide, including at least 695,000 deaths, according to the latest data from Johns Hopkins University.

The United States has the most cases by far, with nearly 4.7 million confirmed infections and more than 155,000 deaths.