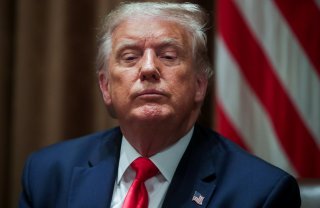 There are now about 4.6 million Americans who have been infected by the coronavirus and more than 154,000 have died from the disease, according to the latest data from Johns Hopkins University.

That grim death toll, however, will likely tack on nearly 20,000 individuals by August 22, according to a new composite forecast from the Centers for Disease Control and Prevention.

That means the prediction is anticipating almost 1,000 deaths in the U.S. every day for the next 20 days.

Dr. Deborah Birx, the White House coronavirus task force coordinator, claimed on Sunday that the U.S. has entered a “new phase” in the months-long fight against the coronavirus pandemic.

“What we are seeing today is different from March and April. It is extraordinarily widespread … and it’s both rural and urban,” Birx said during an interview on CNN.

“To everybody who lives in a rural area, you are not immune or protected from this virus. And that is why we keep saying, no matter where you live in America, you need to wear a mask and socially distance, do the personal hygiene pieces.”

As of Sunday, the COVID-19 positivity rate was rising in most states compared to last week, and 34 states had higher-than-recommended test positivity rates, according to Johns Hopkins University.

The coronavirus is rapidly spreading across much of the Midwest, as well as in already hard-hit states like Florida and California. The Northeast, once the epicenter of the pandemic, has witnessed a decline in new cases since hitting its peak in April.

Last week, Maryland Governor Larry Hogan said that 44% of residents who had recently tested positive had attended family gatherings. Another 23% had gone to house parties, and 21% attended outdoor events.

In New Jersey, Governor Phil Murphy condemned a recent house party that had more than 700 guests. It reportedly took police five hours to break it up.

When asked whether schools should reopen in the fall, Birx said remote learning is probably the best option right now.