Why Congress Can't Legislate the Economy Back Into Shape 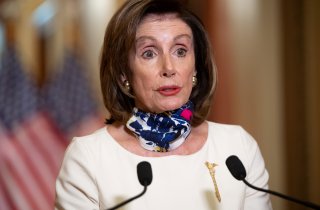 Washington feels an urgent need to help the economy. That is a good thing. The economy needs help.

Almost forty million Americans have already lost their jobs to the lockdowns and quarantines. Many in Congress, true to the politician’s nature, have responded by considering new initiatives. The Democratic House recently passed a massive $3 trillion program, the so-called HEROES Act, to more than redouble the support offered by the also massive $2 trillion CARES Act signed into law last March. The nation may ultimately need additional legislation. The problem with taking such a step now is that no one yet knows where the earlier legislation has helped and where it has not helped. Indeed, it appears that much of the money allocated by the CARES Act has failed as yet even to reach the economy. To pass new legislation now would only add to what is already a large backlog of funds and do so in the absence of valuable insight from the earlier program. New legislation now would, in other words, offer the economy little more than a pose.

Recent Congressional testimony by Treasury Secretary Steven Mnuchin and Federal Reserve Board (Fed) Chairman Jay Powell has made clear that large portions of the funds allocated by the CARES Act have yet to reach the intended beneficiaries. That is deplorable given the economy’s urgent needs, but it also says that the unused parts of this earlier legislation still have the ability to help in the coming weeks.

To be fair to those administering these programs, some aspects of the CARES initiative. have made remarkable progress. The Payroll Protection part, to offer forgivable loans to small businesses so that they can keep people on payrolls through this medical emergency, has moved quickly. The initial allocation of some $350 billion was lent out in less than fifteen days of the bill’s passage. Even after Congress added an additional $300-some billion to the program, the funds flowed quickly so that now in late-May almost all the money has gone out in some 4.2 million separate business loans. The $560 billion in monies allocated mostly to sending $1,200 to each lower-income person in the country also went out in a matter of weeks. More generous unemployment benefits mandated by the legislation have also gone into effect quickly. Though it is too soon to assess the efficacy of these efforts, their administration did at least rise to the sense of urgency widely felt when the legislation passed into law and is still felt.

The same, sadly, cannot be said of other, larger aspects of the CARES Act. Of the more than $500 billion that the Treasury committed to work with the Fed for lending to large and medium-sized businesses for payroll and other support, less than $200 billion has made it to the intended borrowers. Of the $46 billion specifically earmarked to help beleaguered airlines, only some $25 billion has received approval, and as of yet, no loans have been made. These shortfalls have occurred despite decisions by the Fed and the Treasury to ease some of the restrictions placed in the original legislation. Of the $274 billion allocated to help states and cities shoulder the burden of fighting the coronavirus, the administration has disbursed barely half the funds. None of the $150 billion allocated to help states and cities borrow by supporting demand in municipal debt markets has yet to enter financial markets. Perhaps it is no surprise that even though states and cities have seen none of this support, they have lobbied Washington to fund the program at higher levels. Similar shortfalls appear in other parts of the CARES legislation: the $100 billion allocated for hospitals, the almost $9 billion allocated for child nutrition, and the smaller allotments for a long list of less prominent programs.

In this circumstance, the government, rather than seek new legislation, would do better to press for the full disbursement of the funds already allocated by CARES. Certainly, the economy would see support sooner this way than to wait through the inevitable delays of the legislative process. Finding ways to overcome administrative delays now might also ensure that any future support would reach intended beneficiaries faster than this recent legislation has. Washington would also do well for the time being to resist the temptation to punish those who have so far failed to deploy existing benefits promptly. In this urgent situation, fixing the problem should take precedence over fixing the blame. Meanwhile the framers of new legislation, and given current trends, it will likely be needed, would benefit greatly from knowing what in the existing programs helped and what did not. Without such knowledge, those championing new legislation would be acting in the dark.