Wuhan Institute of Virology: Origin of Coronavirus or Conspiracy Nonsense? 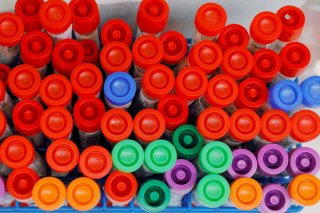 The coronavirus that's currently ravaging populations throughout the world began in Wuhan, China, and it's generally been understood that it originated from a wet market in that part of China. But it also turns out that there's a lab, also in Wuhan, that studies viruses, and had even specifically conducted years of research on bat-based viruses and their potential to infect humans in large numbers.

In fact, the Wuhan Institute of Virology in early 2019 released a paper specifically warning of future pandemics that could be caused by viruses moving from bats to humans.

This connection, of an institute studying bat-borne viruses being located in the same part of the world where a bat-born viral pandemic likely originated, has led to theories about the origins of the virus and the Chinese government's role in it. But now, The Washington Post has published a piece revealing that U.S. State Department warned in 2018 about safety issues at that very lab.

The Post published an op-ed column by Josh Rogin Monday, revealing that officials at the U.S. embassy in China in early 2018 had raised concerns about "inadequate safety" at the Wuhan Institute of Virology, with U.S. science diplomats repeatedly visiting the lab that year. The diplomats then sent cables to Washington, warning that due in part to a lack of adequate safety personnel, the research that the lab was conducting in relation to bats "represented a risk of a new SARS-like pandemic."

Furthermore, Rogin reports that those cables, once the epidemic began, "have fueled discussions inside the U.S. government about whether this or another Wuhan lab was the source of the virus.”

U.S. organizations, including the Galveston National Laboratory at the University of Texas Medical Branch, had been helping the Chinese scientists, who had requested additional help, which the cables recommended the government provide. The government did not provide that help, Rogin's column reports.

The article also states that the type of research the lab in Wuhan was doing is somewhat controversial in virology circles, and that concerns about it had been raised by others, prior to the State Department cables.

Now, it's very important to point out, as the Rogin column does, that there remains no hard, non-circumstantial evidence that the coronavirus actually escaped from the lab in Wuhan, or from another lab in the area, the Wuhan Center for Disease Control and Prevention.

Furthermore, contrary to all sorts of theories, scientists are virtually unanimous in stating that the coronavirus could not possibly have been deliberately engineered. The Chinese scientists, after all, were upfront with the American diplomats about what they were working on; the research into bats was no big secret.

A nature.com article from 2015, arguing that that type of virus research was "risky," had an editor's note added last month, stating that "we are aware that this story is being used as the basis for unverified theories that the novel coronavirus causing COVID-19 was engineered. There is no evidence that this is true; scientists believe that an animal is the most likely source of the coronavirus."

Meanwhile, a Nature Medicine study in late March concluded that coronavirus could not have come from a lab. “We do not believe that any type of laboratory-based scenario is plausible,” the scientists said.