Apple and Kia Talks Aren’t So Dead After All, Report Out of Korea Says 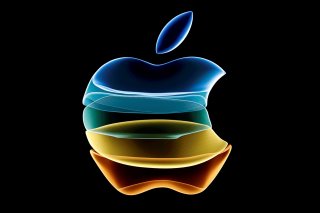 In the early weeks of 2021, there were numerous conflicting reports about whether or not Apple was in talks with Hyundai and/or Kia about partnering on Apple’s electric car plans. First, it was reported the sides were talks, with Hyundai confirming that talks were ongoing before backing off of that statement. After that, reports stated that a deal was close, with Apple supposedly agreeing to invest billions in the venture, and to make the cars in the United States, at Kia’s plant in Georgia.

Eventually, word was that talks had broken down, and in fact had been over for weeks. Hyundai and Kia said in regulatory filings in early February that they were “in talks with multiple companies about autonomous EVs, but that no decision has been made.”

Now, a new report says the talks may not be so dead after all.

According to Reuters, citing a Korean publication called Chosun Biz, said that Apple and Kia had reached a memorandum of understanding last year to “pursue cooperation in eight sectors,” one of which was electric vehicles. And those talks, while not in effect currently, “had not been completely canceled.”

“Even if the negotiations on electric vehicles fail, there are many items that can be negotiated in other fields, so we are still optimistic about the possibility of partnership between the two sides,” an “unnamed source familiar with negotiations between Hyundai and Apple” told the Korean publication. One indication is that the companies are working together on “last mile” delivery solutions.

Per Reuters, this was enough to move Kia’s stock upward on Friday. The companies’ stock had often moved up and down based on reports on what was going on with the alleged Apple partnership.

Apple has been known to be working on some version of an electric car for several years, under the name Project Titan. More recently, it appeared that Apple was planning to team up with a manufacturing partner, rather than building the car themselves. Apple has not said much publicly about its plans, leaving the tech press to obtain details from job listings, LinkedIn updates, and the occasional leak. It’s not believed that the first itineration of Apple’s cars would necessarily be for the consumer market, a la Tesla’s cars.

In recent months, Apple had made some announcements about executive reshuffling, which appeared to put different executives in charge of the division that supervises electric cars.

Hyundai and Kia are technically separate companies, and the two largest car companies in South Korea, but each owns a stake in the other and they have various other business relationships with one another.