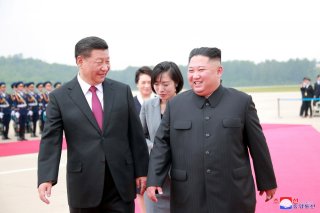 There is little question that the People’s Republic of China (PRC) has far more influence over North Korea than does any other country. Pyongyang’s continued dependence on Beijing for food and energy supplies guarantees that the PRC’s status as a crucial patron will continue. Indeed, given Kim Jong-un’s recent admission that his country has suffered badly from the covid pandemic and faces a food crisis that rivals the terrible famine of the 1990s, Beijing’s influence may intensify.

Nevertheless, it is a mistake to assume that the PRC can simply issue orders to Kim regarding Pyongyang’s nuclear weapons program or any other issue. American analysts and pundits sometimes have made that oversimplification, but Kim, his father, and his grandfather were not hesitant to purge North Korea’s political leadership of individuals they suspected might be under undue PRC influence. There is no credible indication that the Kim family’s determination to preserve their country’s independence has abated.

Beijing has worried for several years that its North Korean ally might push too far on its nuclear and ballistic missile programs and create a dire crisis on the Korean Peninsula. However, there is a crucial difference between the perspectives of the United States and the PRC on this issue. After all, “it would not be an exaggeration to say that Washington fears North Korea more than ever, while China and South Korea fear a unilateral U.S. strike on North Korea more than ever,” New York Times columnist Thomas L. Friedman has noted.

However, even if Xi Jinping’s government would like North Korea to curtail its provocative nuclear ambitions, the continuing toxic (non) relationship between Pyongyang and Washington gives Kim ample reasons to expand his embryonic nuclear deterrent, not abandon it. As I have noted previously, North Korean leaders have witnessed Washington’s fondness for launching regime-change wars against non-nuclear adversaries, and they seem determined to retain the one weapon that is likely to prevent the United States from flirting with that option with respect to their country.

It would be extremely difficult for Beijing to overcome that resistance. Moreover, if PRC leaders are even willing to try, they will expect some significant concessions from Washington in return. Great powers are not in the habit of undertaking difficult policy missions that primarily benefit other countries, and they certainly are not inclined to do so gratis. At a minimum, Beijing would press the Biden administration to rescind most of the bilateral trade restrictions that former President Donald Trump imposed and that President Joe Biden has largely retained.

The PRC likely would seek U.S. concessions on other policy fronts as well, including Beijing’s territorial claims in the South China Sea and the East China Sea. Most of all, Chinese leaders are increasingly annoyed at Washington’s growing political and military ties with Taiwan. As with trade policy, there are more similarities between the Trump and Biden approaches to Taiwan than there are major differences. Biden administration officials emphasize that America’s implicit commitment to Taiwan’s defense remains “rock-solid.” Before they work with Washington to rein in North Korea’s nuclear program, Chinese leaders are almost certain to insist that the Biden administration pull back from its current posture and reaffirm the “One China” policy.

Two questions immediately arise. First, would U.S. leaders be willing to pay the required price on these other issues to get substantially greater assistance from Beijing on the North Korea nuclear problem? Second, even if that greater assistance was forthcoming, would it be sufficient to deflect Kim from his current path of making North Korea a significant nuclear weapons power. Pervasive uncertainty surrounds both of those questions.

Ted Galen Carpenter, a senior fellow in defense and foreign policy studies at the Cato Institute and a contributing editor at the National Interest, is the author of twelve books and more than nine hundred articles on international issues.