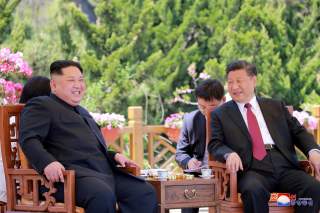 As we’re going into 2019, there isn’t any indication that North Korea is disarming, or that it has any intention to do so. On the contrary, reports show that Kim Jong-un is perfecting its nuclear arsenal. This isn’t surprising. There is no evidence that during the 2018 “Spring Summitry,” which included a summit with President Donald Trump, the young leader committed to abandoning what he once called a “treasured sword” to protect his country.

While there have been negotiations between the United States and North Korean officials since the Trump-Kim Summit, the issue seems to have fallen off Trump’s radar. The President may be in waiting mode, thinking Pyongyang will deliver. Or, more likely, he may be satisfied by the new status quo. Because Kim no longer conducts nuclear or missile tests, Trump can claim he has solved the problem. He said as much after the Summit, tweeting: “There is no longer a Nuclear Threat from North Korea.”

Will that last? Probably not. Some in the Administration, notably National Security Advisor John Bolton and Secretary of State Mike Pompeo, seem committed to North Korea’s full (and fast) disarmament. Reports suggest they are frustrated both by the slow progress of negotiations, which are outpaced by the strengthening of inter-Korean ties, and the loosening of sanctions by China and Russia. In 2019, Bolton and Pompeo may pressure Trump into refocusing on North Korea and, given their proclivity for military action, war on the Peninsula could happen (and nuclear use would be likely).

Alternatively, North Korea’s “quiet” nuclear build-up may become too obvious or, worse, Pyongyang may decide to end its nuclear or missile test moratorium, alleging it’s not getting anything in return for its engagement efforts, i.e., sanctions relief from the United States. That would force Trump to respond and could bring us back to the brink of war.

There is another, better path. The Administration should accept that North Korea will be a nuclear-armed state for the foreseeable future, think through the requirements for stable deterrence with it, and work to impose constraints on its arsenal. Doing so does not mean giving up on North Korea’s disarmament, which should remain the goal. But, properly implemented, such an approach would at least temporarily manage the problem, and not leave it unaddressed. It would reduce nuclear dangers and, significantly, allow Washington to focus on a much bigger challenge: China. Can the Administration pull this off in 2019?