Does South Korea Have an OPCON Problem? 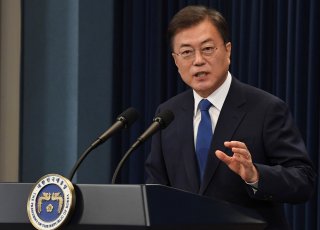 South Korea is racing against the clock to get OPCON back from the United States, but pandemic-related restrictions pose a new round of hurdles to what has become a key milestone on Seoul’s march to military sovereignty.

During the Korean War, operational control—short for OPCON—over South Korea’s armed forces was transferred to the multinational United Nations Command (UNC). That relationship was rearticulated along bilateral lines with the 1978 establishment of the ROK/US Combined Forces Command (CFC), headed by a four-star general.

The arrangement made ample strategic sense to Seoul in the context of the North Korean invasion and the following decades of Cold War geopolitical rivalry in East Asia. But subsequent generations of South Korean lawmakers, reaping the windfall from a gradual thaw in ROK-DPRK relations that culminated in the 1991 Reconciliation and Nonaggression agreement between the two nations, lobbied for the restoration of OPCON under South Korea’s exclusive control. Washington and Seoul settled on a stopgap solution in 1994: South Korea was immediately granted peacetime OPCON, with the issue of wartime control to be revisited in the future.

Seoul’s nascent ambitions to return wartime OPCON were shelved in the late 2000s, as it became clear that an increasingly belligerent North Korea was intent on acquiring nuclear weapons. This pattern of delays, spurred by South Korean fears of DPRK’s nuclear buildup, persisted through 2016. It was not until Moon Jae-In became South Korea’s president in 2017 that Seoul decoupled the OPCON transfer issue from denuclearization on the Korean Peninsula. The Moon administration argued that, if anything, military dependence on the United States has only eroded South Korea’s negotiating position with the North. As Moon put it in 2017, “When the South has wartime operational control, the North will fear us more, and our armed forces will be trusted more.”

Moon’s renewed push to return wartime OPCON coincided with the Trump administration’s interest in renegotiating the scale of the U.S. military presence in South Korea and, for the next several years, negotiations appeared to proceed at a healthy pace. A committee was appointed to monitor the monthly progress of the transition, which centers around two major combined military exercises to determine preparedness in five broad areas.

These criteria were to be evaluated in a Full Operational Capability (FOC) test, followed by a Full Mission Capability (FMC) test, only after which would South Korea meet all the requirements to resume wartime OPCON. But the pandemic threw a major logistical wrench in these plans. This year’s springtime combined U.S.-ROK exercises were canceled outright; combined drills slated for August 2020 were supposed to contain the first round of FOC tests, but the August exercises were drastically scaled-down due to concerns about the coronavirus. The pandemic has effectively placed the OPCON transfer on hiatus, with U.S. Army Chief Gen. James McConville recently suggesting that Washington and Seoul would be unlikely to return to major military drills anytime soon.

These delays raise difficult questions about political timing, compounding present ambiguities in the ROK-U.S. security relationship. Moon’s term expires in the summer of 2022, leaving a relatively small window within which to complete the FOC and FMC—Moon is ineligible to run for reelection, and there is no firm guarantee that his successor will share the current administration’s strident vision of South Korean military independence. Nor is the situation entirely clear from Washington’s vantage point: if Donald Trump were to lose his reelection bid, it remains to be seen whether or not a Joe Biden administration would pursue a Korea policy conducive to further military disentanglement between the United States and South Korea.