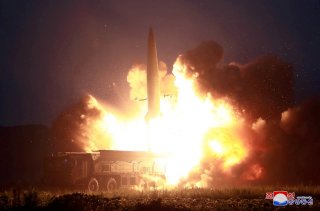 The demilitarized zone is a gash across the Korean Peninsula that divides the Korean people and severs the Korean soul. Will the tenuous peace endure in its present form, or could the war finally be brought to a conclusion?

Concluding the Korean War could be as simple and simplistic as signing a short declaration that hostilities have ended. Such a feel-good endeavor would undoubtedly trigger claims that swords were beaten into ploughshares as well as calls for the distribution of Nobel Peace Prizes to all involved. However, reducing the actual threat of war on the Korean Peninsula would be far more complicated. Peace is not simply the absence of war, so, if you want peace badly enough, you may end up with a bad peace.

Some argue that a peace declaration would stimulate progress in stalled denuclearization negotiations. Advocates downplay concerns over the ramifications of declaring an end to the Korean War, claiming that the document would be purely symbolic, without any real effects or consequences. But they have yet to identify any tangible benefits to signing a peace declaration: neither a specific quid pro quo that North Korea would provide in negotiations nor a change to expect in North Korean behavior or policy as a result of such a document.

While the armistice has provided the framework for peace, what has guaranteed that peace is the presence of strong South Korean and U.S. military forces. Even so, Pyongyang frequently violates the armistice and claims the agreement is null and void. How committed to a peace treaty could you rationally expect North Korea to be, given its behavior regarding the armistice?

A poorly crafted peace treaty could have serious negative consequences for alliance security. It could create a false sense of security and lead to a cascade of calls for the premature reduction of U.S. deterrence and defense capabilities and abrogation of the mutual defense treaty without first reducing the North Korean threat which necessitated American involvement to begin with. A peace declaration could also lead to calls for the reduction of UN and U.S. sanctions and for the provision of economic largesse to North Korea prior to the regime taking significant steps toward denuclearization.

Washington and Seoul should understand the complexities and pitfalls arising from potential peace negotiations with North Korea. Failure to link a peace treaty with substantial progress on North Korean denuclearization would lock into place a perilous imbalance between the two Koreas. Reducing U.S. and South Korean deterrence capabilities without eliminating North Korean nuclear weapons would exacerbate the latter’s impact on regional peace and stability. Without tangible progress toward denuclearization, a peace declaration provides only the patina of progress and could endanger multilateral efforts to pressure Pyongyang to divest itself of its nuclear weapons.

A peace treaty that fails to reduce North Korea's conventional military threat would be an empty promise based on dangerous naïveté. The threat of Pyongyang’s forward-deployed and offensively postured artillery and maneuver units should be addressed through arms reductions and redeployments, confidence- and security-building measures, and verification agreements. A proper peace treaty should be the culmination, rather than the initiation, of a threat reduction process. A peace agreement must create conditions more conducive to peace than the armistice which it would replace. A viable peace agreement should not only conclude the existing hostilities but also prevent the next war.

Bruce Klingner is a Senior Research Fellow for Northeast Asia at The Heritage Foundation and a former CIA Deputy Division Chief for Korean Analysis.