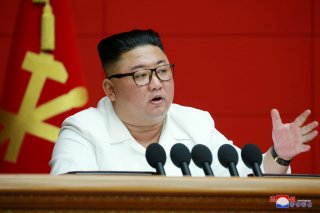 According to a report by NK News, the body has passed a new law “banning the spread of certain foreign cultures and ‘further cementing’ strict ideological policies.” In addition, the new body passed laws “boosting sci-tech policies, forestry policies and control over telecom networks.”

“The law on rejecting the reactionary ideology and culture specifies the principles to be certainly observed by all the institutions, enterprises, organizations and citizens in further cementing our ideological, revolutionary and class positions by thoroughly preventing the inroads and spread of the anti-socialist ideology and culture and firmly maintaining our idea, spirit and culture,” Yonhap News Agency quoted the state media as saying.

Meanwhile, Korea JoongAng Daily reported that “the new law may be related to corruption or the popularity of foreign cultural influences spurred on by the growth of the private economy.”

The Supreme People’s Assembly is described in the report as North Korea’s “rubber-stamp parliament.” It normally meets once a year, in April, and it’s unclear why it met in December at this time.

This follows North Korean leader Kim Jong-un’s recent appearance at a Politburo meeting in mid-November. Topics discussed at that meeting, per Yonhap, included “COVID-19 and the state anti-epidemic situation and clarified the tasks for the Party, military and economic fields to further tighten the emergency anti-epidemic front.” That appearance followed an extended period out of the public eye for the North Korean leader.

Meanwhile, coronavirus, as in most of the world, is a major concern in North Korea, along with the effects it has had on both public health and the nation’s economy. There is also much speculation about what the upcoming change in presidential administrations in the United States will mean for American policy in regard to North Korea.

There’s been speculation that the incoming Biden administration could restart negotiations with the Kim regime over its nuclear weapons ambitions, or that presumptive President-elect Joe Biden could turn to China for help with North Korea.

Biden, in the second presidential debate with President Donald Trump, had referred to Kim as a “thug,” as part of a line of attack on Trump for being too cozy with various dictators. However, things stated in presidential debates during campaigns aren’t always an indication of what said candidates will do once they get into office. Then-candidate George W. Bush, in 2000, famously said that the United States “should not nation-build” during a debate with opponent Al Gore.