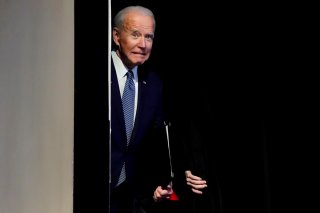 Kim Jong-un just caught a big break. He’s probably not going to take advantage of it, however.

The Wall Street Journal reports that those close to President-Elect Joe Biden want to involve other countries in negotiations to “denuclearize” North Korea. “Mr. Biden’s advisers have said they would like to invite other countries to the talks, including South Korea and China,” the paper noted on the 15th of this month.

Presumably, the new team thinks, as did President George W. Bush, that the U.S. could bring pressure to bear by presenting the North Korean regime with a united international community. Bush believed that talks with six parties—Japan and Russia were the two other powers at the table then—would prevent Pyongyang from playing one country off against the others.

The Six-Party Talks were a failure then, and the multilateral approach has even less chance of working now. Now, China and South Korea are on increasingly friendly terms with North Korea, so the Biden administration would be creating a coalition against itself by trying to involve these two countries.

We start with the People’s Republic of China. Many American policymakers think there can be no solution without China, perceived to be the only state with any influence over Kim Jong-un.

China these days continues to support Mr. Kim so that he can resist American efforts to disarm him. For instance, Chinese parties continue to surreptitiously buy the North’s coal and other commodities, and Chinese banks remain busy laundering regime cash. Beijing, in direct violation of U.N Security Council Resolution 2375, is importing North Korean laborers.

North Korea would not now have weapons of mass destruction and intercontinental ballistic missiles were it not for Chinese support over the decades, and Chinese ruler Xi Jinping, from all accounts, has been ramping up backing for Kim in the past couple of years, especially as he became worried that President Donald Trump would entice Kim to leave Beijing’s orbit. In short, China is part of the problem, not the solution.

South Korea, bound to the U.S. by mutual defense treaty, has a leader distancing himself from America. From his first days in office, President Moon Jae-in has moved Seoul closer to Pyongyang and Beijing and therefore further from Washington.

For instance, Moon, without consulting the Trump administration, gave Beijing in October 2017 the “Three Nos,” promises not to host any additional batteries of the American-made Terminal High-Altitude Area Defense anti-missile system, not to participate in an integrated missile defense system, and not to join in a South Korea-Japan-U.S. alliance.

Moon believes his country is Korea—not South Korea—so he has often sided with the other Korean leader, Kim Jong-un. Moon, consequently, has sought every opportunity to provide aid to the North, often coming close to violating U.N. sanctions and angering America. Moon’s latest project is trying to reconnect railroad lines to the North.

All of this means, in practice, that four-party talks—the United States, China, South Korea, and North Korea—could end up with America as the only power promoting denuclearization.

Fortunately for the Biden team, Kim Jong-un is unlikely to go back to a multilateral format, preferring to deal directly with Washington, as he did with Trump at the historic Singapore summit. As the Journal also reported, “North Korea, via reports in its state media, has often admonished other countries from trying to involve themselves with the Kim regime’s bilateral relationship with the U.S.”

So paradoxically, the format Biden wants favors Kim but what Kim wants in fact favors Biden.

We know things cannot work out right when the two principals are so confused.

Gordon G. Chang is the author of Losing South Korea and The Coming Collapse of China. Follow him on Twitter and Parler @GordonGChang.

Revealed: Why Kim Jong-un Executes So Many North Korean Officials