The Hanoi Summit – We Asked Doug Bandow What Happens Next in U.S.-North Korea Relations 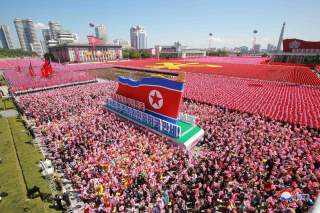 The Trump administration’s relations with North Korea may continue their roller-coaster course. From warnings of war to professions of love and, now, perhaps, back to belligerent insults and threats again.

The Hanoi summit breakdown surprised most everyone. The North’s Kim Jong-un had dramatically retooled his country’s image. President Donald Trump needed a political victory. Rumors of tentative agreements were flying.

Then came the bust.

A failure to agree does not doom the relationship. Ronald Reagan and Mikhail Gorbachev did not join in Reykjavik to eliminate nuclear weapons. But they ultimately agreed to other arms limitations and ended the Cold War.

What of the Hanoi summit? President Trump and Secretary of State Mike Pompeo both insisted that the Hanoi summit had been “productive.” If the president simply played a role to strengthen his bargaining position, talks could restart quickly.

He apparently pushed for the full monty, an all nukes for all sanctions deal, which was never realistic. And he walked away from a North Korean offer to dismantle Yongbyon, which invited hard negotiation for a pact reducing Pyongyang’s nuclear capabilities and advancing American security.

Hopes that the president was merely posturing were deflated by a “senior” administration official, apparently U.S. Special Representative for North Korea Stephen Biegun, who on Friday dismissed the possibility of “step-by-step” disarmament. Instead, the administration expected “complete denuclearization” within the president’s first term. Although little is certain dealing with the Democratic People’s Republic of Korea, this is: Pyongyang will not completely disarm by January 20, 2021.

If the administration holds to this course, the U.S.-North Korea relationship could collapse, sliding back to isolation, hostility, bombast, and confrontation. Washington’s cooperation with South Korea, China, and Russia would suffer as well, since all would likely blame the administration for being unreasonable at best and malign at worst. War would even be possible, which would be catastrophic, for both Koreas, Northeast Asia, and America.

However, President Trump still might play his claimed role as negotiator-in-chief. As requested by the DPRK, Washington should improve the bilateral relationship—drop the ban on travel to and from the North, for instance. Improve communication by opening a liaison office. And join in a declaration ending hostilities which de facto if not de jure concluded 66 years ago.

Then pick up the Yongbyon offer and negotiate over which sanctions to lift or moderate. Success would yield improved relations and advanced denuclearization. Even if full disarmament remained out of reach, President Trump still might end the uniquely virulent cold war which imprisoned the Korean Peninsula for decades.

Doug Bandow is a senior fellow at the Cato Institute. He is a former special assistant to President Ronald Reagan, author of Tripwire: Korea and U.S. Foreign Policy in a Changed World and coauthor of The Korean Conundrum: America’s Trouble Relations with North and South Korea.