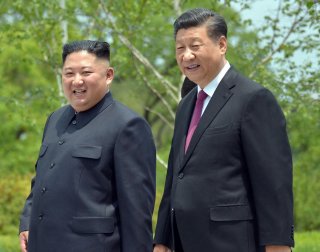 News of North Korean leader Kim Jong-un’s possible ill-health rippled throughout the world, sending governments scrambling for information. Given recent developments, it could foreshadow a transition in a very uncertain future. In early December 2019, Kim addressed the Worker’s Party emphasizing the “urgent need to correct the serious situation facing the main industrial sector of the national economy.” As North Korea never publishes its economic statistics, the only figures available come from abroad. In July 2019, the South Korean Central Bank estimated that the growth of the country’s economy fell by 4.1% in 2018, the largest contraction since the devastating famine in the 1990s.

Where is North Korea heading? A change in Kim’s health condition could trigger a power struggle. There are two possible outcomes open to speculation. First, is the collapse of the regime, second is a normal power transfer to an individual or group of individuals. Meanwhile, violence and military conflicts could erupt. External forces, e.g. South Korea could enter North Korea in order to maintain order. After an interim period and once the situation has stabilized, a decision could then be made to determine the future of the country, with reunification a possible outcome. While the inter-Korean spirit of “Panmunjom” rekindled discussion in April 2018 about the possibility of reunification despite the North’s appalling regime and nuclear threats, most young South Koreans are hesitant about reunification given the high financial cost and likely social upheaval. Should the regime collapse, a subset of North Korean elites could assume power. Given the “fear politics” traditionally used by Kim, it is unlikely that his sister, Kim Yo-Jong will succeed him. If the newly established leader is relatively free from extreme ideological orientations, he or she may prioritize economic development, specifically the development of a market economy. Such a development could be viewed as the beginning of a transition to a Chinese-style market system.

The North Korean issue cannot fester indefinitely. The only effective way of addressing it is on the basis of regional cooperation involving Japan, South Korea, China and perhaps Russia. Policies that the outside world expects to apply to North Korea should be based not on wishes or naïve beliefs but rather on scientific knowledge of North Korea.

If the Sino-U.S. relationship fails to handle North Korea in times of geopolitical uncertainty, there could be a gradual emergence of an American-South Korea-Japanese-Taiwanese axis; an offshore alliance against an unstable China with or without North Korea. That would greatly polarize the situation and create a significant crisis between the United States and China. These developments are not to be dismissed. It requires a continuous effort to translate the current pause in the U.S.-China relationship into a deepening cooperative relationship.