Here's How North Koreans Are Jailbreaking Their Phones 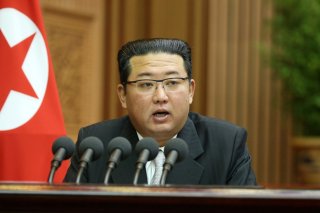 Cell phone usage doesn’t work in North Korea the way it does in most of the world. The country’s network is still on the equivalent of 3G, while mobile phone games are played over Bluetooth. The North Korean regime has also been known to crack down severely against smartphones smuggled in from China. And North Koreans do not have direct access to the Apple or Google app stores.

But now, a new report says North Koreans are finding ways to jailbreak phones in order to access “forbidden media.”

According to Wired, which cited a recent report by the Stimson Center and 38 North, “a growing number of North Koreans” have been “jailbreaking” phones in order to get around state restrictions.

“The report details how millions of government-approved, Android-based smartphones now permeate North Korean society, though with digital restrictions that prevent their users from downloading any app or even any file not officially sanctioned by the state,” Wired said. “But within that regime of digital repression, the report also offers a glimpse of an unlikely new group: North Korean jailbreakers capable of hacking those smartphones to secretly regain control of them and unlock a world of forbidden foreign content.”

And this could have deep implications.

"There has been a sort of constant battle between the North Korean government and its citizens over use of technology: Each time a new technology has been introduced, people have usually found a way to use it for some illicit purpose. But that hasn't really been done through this kind of hacking—until now," Martyn Williams, a researcher at 38 North, said. "In terms of the future of free information in North Korea, it shows that people are still willing to try to break the government's controls.”

The report, however, comes from interviews with just two defectors from the country. However, the two independently confirmed several details about how the hacking works.

The sources told 38 North that they used midrange North Korean Android phones to “watch foreign media and install apps that weren't approved by the government.” The regime places a certificate in that version of Android, although the defectors both said they were able to remove it. The regime also put in place a measure to take screenshots of what the phones are being used for, but they also found a way to disable that and wipe the screenshots.

In addition, some in North Korea provide jailbreaking services for a fee. However, one expert told the publication that the number of phone jailbreakers in North Korea remains relatively small.