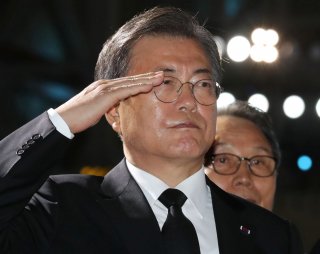 June 25, 2020, marked the 70th anniversary of the outbreak of the Korean War (1950-1953), which consolidated the division of Korea into two states: communist North Korea and anti-communist (capitalist) South Korea. This division was to be temporary, but it turned out to be quite permanent.

The North had envisioned a lightning war with the communization of the South. The Korean War broke out as a result of both internal Korean factors, among which were Kim Il Sung’s conviction of the feasibility of forceful unification, as well as international factors, such as the growing post-World War II inter-power competition and Cold War confrontation.

Will the war end before the 75th anniversary of its outbreak, five years from now in 2025? This probably won’t happen. Today, there is little indication that this problem will be solved quickly. The signing of a peace treaty opening the way to national reconciliation, ultimately leading to the future unification of a Korean state free of nuclear weapons, seems very remote indeed.

For years, the matter of the unfinished Korean War has been the subject of scholarly analysis at conferences and in political and foreign policy debates. In the history of inter-Korean relations, five summit meetings have thus far taken place. The year 2018 seemed particularly promising with the promulgation of the inter-Korea peace initiative and the subsequent media event which was the first summit between Kim Jong-un and Donald Trump. Unfortunately, the second summit in Hanoi showed there to be little or no common ground upon which constructive talks could be held. It must be recognized that North Korea is still a totalitarian state attempting to communicate with the democratic states of South Korea and America.

I believe that an alternative would be to return to a variation on the Six-Party Talks which were suspended in 2008. This time, however, denuclearization should not be the only goal of these talks, but rather part of a process concluding with a comprehensive foundation for lasting peace. The participants of the talks—that is the two Koreas, the United States, China, Russia (as successor state of the Soviet Union), and Japan—have historical and regional interests in the success of such a venture. Any peace treaty must include the United States, China, North Korea, and, unlike the 1953 truce, South Korea. This last point is essential and is a continuation of the momentum and framework of the April 27, 2018, Panmunjom Declaration. Such an approach could change the status quo on the Korean Peninsula.

Grażyna Strnad is an Associate Professor in Adam Mickiewicz University’s Faculty of Political Science and Journalism and the Vice President of the Polish Korean Society.