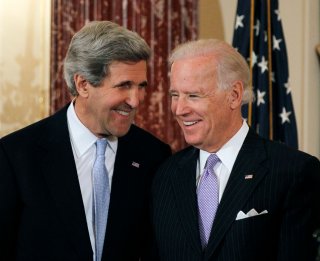 U.S. North Korea policy has failed. Not just that, the policy has contributed to deepening the Korea security crisis whose volatility and unpredictability is detrimental to the United States’ national interests. Fourteen years after North Korea’s first nuclear test in 2006, Pyongyang’s nuclear and missile program has expanded and North Korea is effectively a full-blown client state of China. Moreover, allies and adversaries see a nuclear-armed North Korea as evidence that the United States has lost global leadership capacity and political credibility.

For a freshly elected President Biden, steeped as he is in the foreign policy world from his Senate and vice-presidential careers, the priorities would nevertheless have to be domestic: managing the pandemic and re-building a functional administration. North Korea policy will largely remain in the hands of whoever is the new Secretary of State, the serious money being on former Obama administration National Security Advisor Dr. Susan Rice.

Current U.S. policy towards North Korea demands “complete, verifiable and irreversible denuclearization” prior to the diplomatic negotiation process. Initiated during the Bush and Bolton years and incorporated in UN Security Council resolutions from 2006 onwards, the policy remained unchanged during the Obama administration. President Obama and President Trump both expanded the scope and scale of sanctions to this end, and in 2017 the Trump administration banned all of North Korea’s major exports and severely limited its oil imports. In 2018 and 2019, without oil and oil products needed for food production, including fertilisers—North Korea has no indigenous oil supplies—agriculture collapsed. China stepped in with enormous levels of food aid, likely a million tons in 2019 and 2020, enough for eight million out of a population of twenty-five million. Widespread starvation was staved off and North Korea was thoroughly subsumed into the Chinese sphere of interest.

A new Secretary of State does not have to continue with policies that have failed, however. An imaginative choice would be to revive the most successful nuclear disarmament effort in history, the Nunn-Lugar Cooperative Threat Reduction Initiative. This bipartisan effort achieved, almost unnoticed, the complete eradication of nuclear weapons in Ukraine, Kazakhstan, and Belarus, and the upgrading of nuclear safety in Russia, whose threat to the United States came not just from a nuclear attack but from the dangerous state of their nuclear facilities. Success was down to painstaking, tenacious diplomacy that offered financial incentives in exchange for denuclearization monitored and verified by United States officials.

If Republicans control the Senate and if a President Biden wants to avoid brutal confirmation hearings that would inevitably resuscitate the vitriol aimed at Dr. Rice after the Benghazi tragedy, the wild-card choice for Secretary could be the tried and trusted John Kerry. Kerry knows from his experience with Iran that diplomacy is no soft option—and it can advance American national interests. It is this old-fashioned realism that underpinned the nuclear threat reduction initiatives of Senators Lugar and Nunn. It could also provide the key to a North Korea policy that works.

Professor Hazel Smith is a Professorial Research Associate at the University of London’s School of Oriental and African Studies (SOAS), Professor Emerita of International Security at Cranfield University, and a Member of the World Economic Forum’s Global Futures Council on Korea. She is the author of North Korea: Markets and Military Rule and holds a valid North Korean driving license.