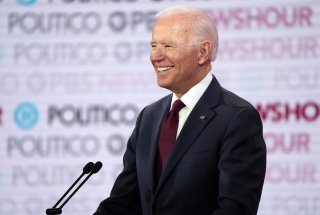 The decades-old U.S. sanctions campaign against North Korea has systematically failed to bring about denuclearization by way of economic pressure, despite consistent efforts, and is unlikely to in the future.

Come January 2021, if Joe Biden is elected President, he must abandon the current U.S. “maximum pressure” policy toward North Korea and adopt a more flexible approach that prioritizes real, effective diplomacy with Pyongyang. A Biden administration must scrap the demand that the complete, verifiable, and irreversible dismantlement of North Korea’s nuclear weapons program precede sanctions relief and replace it with pragmatic steps that actually address North Korea’s concerns in exchange for concrete, verifiable steps toward denuclearization. Diplomacy that builds trust through reciprocal actions is the only way to address the continued threat posed by North Korea’s nuclear weapons program.

History suggests Pyongyang is willing to bargain its nuclear weapons program when the United States and others take reciprocal steps to address North Korea’s economic needs and perceived threats to its security environment. Past diplomatic successes with North Korea have been marked by either a hiatus to U.S.-South Korea military exercises or the deliverance of security assurances alongside consistent and high-level dialogue (or a combination of all three.) This was the case in the run-up to the 1994 Agreed Framework and the breakthrough Joint Statement issued during the fourth round of Six-Party Talks in 2005.

A new U.S. approach toward negotiations should be both incremental and multifaceted, recognizing that North Korea’s nuclear weapons do not exist within a vacuum. For example, a first step could be a verified freeze in nuclear activities at the Yongbyon complex—which North Korea put on the table in the past—in exchange for a partial alleviation of U.S. or UN sanctions alongside the initiation of dialogue on military exercises in the region.  Simultaneous steps to engage with Pyongyang and Seoul to find solutions balancing their security concerns and needs will further demonstrate the Biden administration’s commitment to constructing a durable peace regime on the Korean Peninsula.

Pursuing this strategy will necessitate clear messaging, an empowered interagency team, and frequent meetings with North Korean counterparts. Establishing direct communication lines between North Korean officials and their counterparts in Washington, or liaison offices could serve the basis for more regular communication while also signaling to Pyongyang the importance with which Washington views negotiations and transforming the bilateral relationship. Direct lines of communication are also important for de-escalating any tensions that might arise and threaten diplomatic efforts.

If Biden aims to mitigate the threat posed by North Korea’s nuclear weapons, he must recognize the general conditions that currently impede North Korea’s pledge to denuclearize and acknowledge what role the United States plays in perpetuating the status quo. Any U.S. policy going forward should seek to alleviate Pyongyang’s concerns alongside offering inducements for North Korea’s incremental, verifiable steps toward denuclearization. This approach stands a better chance of reducing nuclear risk and building peace on the Korean peninsula.

Julia Masterson is a Research Assistant at the Arms Control Association.