How Would Joe Biden and Kamala Harris Handle North Korea? 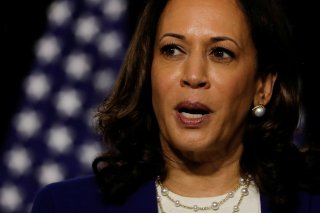 The question of what a Biden administration’s policy towards North Korea would look like is really a two-part question. First, we should examine what candidate Biden has explicitly stated his North Korea policy would be. Second, we can consider what this might entail in reality.

The first part is straightforward; candidate Biden’s website states that “President Biden will empower our negotiators and jump-start a sustained, coordinated campaign with our allies and others, including China, to advance our shared objective of a denuclearized North Korea.”

Unfortunately, however, that is it. Due to the short and vague nature of this statement, the second speculative part is necessary.

A generous interpretation of candidate Biden’s North Korea policy is that it entails a proactive America-driven effort to bring back the Six-Party Talks, or at least coordinate effectively with China. Either of these options would take an enormous effort given the frozen nature of many foreign policy activities due to the coronavirus pandemic and the dire state of U.S.-China relations.

A less imaginative but perhaps more realistic interpretation is that a Biden administration would return to the Obama-era policy of “strategic patience,” which, of course, Vice President Biden was part of.

For several reasons, however, we should look beyond Biden himself and specifically at his vice-presidential running mate to speculate further about a Biden administration’s North Korea policy. North Korea has frequently insulted Biden, so he may recognize that more traction can be gained with someone other than himself as North Korea’s main point of contact. North Korea may also have little interest in dealing with Biden if, as expected, he would be a one-term president. Biden has also spoken appreciably of the partnership he as Vice President had with President Obama, and it is not unimaginable that he would allow his own Vice President to take the lead on North Korea policy.

Biden’s vice-presidential running mate, Senator Kamala Harris, did share a few of her views on North Korea over the course of her own presidential campaign. From these statements, four main points emerge:

- Harris is against pre-emptive military strikes on North Korea.

- Like many others, Harris agrees the United States cannot accept North Korea as a nuclear weapons state, but she believes it is unrealistic to simply demand denuclearization.

This article makes no claims about what a Biden administration’s North Korea policy should be; it simply examines what we can reasonably infer Biden’s North Korea policy might entail. From Harris in particular, however, it is instructive to note that despite her criticism of Trump’s relationship and meetings with Kim Jong-un, the last point suggests she is not against continuing some of the spirit of rapprochement towards North Korea begun by the Trump administration.

Edward Goldring is a Postdoctoral Fellow at the Hong Kong University of Science and Technology and will serve as a Lecturer in Politics at the University of York beginning in September of 2021.