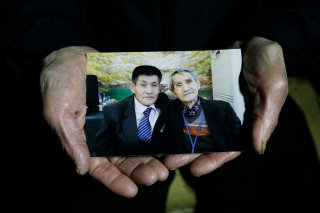 While it is impossible to predict the future, I think it is highly unlikely that the Korean War will formally end by 2025.

The Armistice Agreement, which marked the end of hostilities in the Korean War, had three signatories: China, North Korea, and the United Nations represented by the United States. South Korea never signed it. There have been robust attempts at establishing an end-of-war declaration or some sort of lasting peace treaty to replace the 1953 armistice—the latest being the 2018 Panmunjom Declaration and the Joint Statement signed by Trump and Kim at the 2018 Singapore Summit—but none of these attempts have been successful, underscoring the challenges to the process of reaching an agreement on a formal end to the Korean War, whatever form it might take.

The precise steps toward signing a peace treaty are not as explicitly clear as one would hope. According to Bruce Klingner, a Korea expert at the Heritage Foundation, a Korean peace treaty “would need to be formalized by the UN—if not the Security Council, at least the UN General Assembly” and ratified by North Korea, China, the United States, and most likely South Korea. Even if signing a Korean peace treaty were to be a top policy priority for these countries and the UN, it’s hard to believe that the relevant legislatures, foreign ministries, defense departments, and leaders would be able to iron out the details, agree on the text of an actual peace treaty (not merely a diplomatic document that states vague steps towards the direction of signing a peace treaty), and then sign a treaty before 2025. Given that the United States has its presidential elections later this year, and that South Korea will have its elections in 2022, the potential for a change of one or both presidents makes it all the more unlikely that treaty negotiations could bear fruit by 2025.

There are several major topics that most likely would need to be addressed before a substantive peace treaty could be arrived at, even if the topics are not included in its actual text. For starters, each of the Koreas claim to be the rightful government of the entire Korean peninsula. This strong belief, shared by both Pyongyang and Seoul and reflected in both countries’ constitutions, is deeply ingrained in their respective policies on unification. Secondly, how are the parties going to engage the topic of North Korea’s nuclear program and the threat it poses to South Korea, regional actors, and the United States?

My hope—in pursuit of achieving lasting, substantive peace on the Korean peninsula before 2025—that the Korean War is formally ended is overshadowed by the reality of those practical, political, and ideological challenges which the relevant parties will face in negotiating that formal end to the war.

While we commemorate the anniversary of the beginning of the Korean War for the 70th time, the heartache from death and family separation that the war caused remains not at all distant but very much alive today. The number of people—civilians and combatants—who died during the war is staggering. The war took the lives of an estimated two to three million Koreans and hundreds of thousands of combatants from over two dozen nations. One of the particularly long-lasting horrors of the Korean War was the separation of an estimated 10 million Korean families. In the year 2000, an estimated 100,000 Korean Americans had family members in North Korea which they had been unable to see since the Korean War.

It’s hard to process the devastation and seventy years of daily heartache which divided families have experienced. The story of Mr. Lee Hyung-Joon, captured in this two-minute video message to President Trump, is repeated throughout the United States, South Korea, and beyond. I personally grew up with stories of my own two grandfathers who were born in contemporary North Korea and fled southward right before the Korean War began. After a lifetime of praying for the reunification of their families and two nations, they both passed away with their prayers unfulfilled. Most ethnic Koreans have similar stories of family division or know someone who does. The painful history of family separation does not live in the past. Rather, this living history of family separation lives among us in the form of divided family members, most now in their eighties or nineties, who daily pay the human cost of a Korean War that has yet to end.

Authors Note: To learn more about the issue of divided families, see Paul K. Lee’s comprehensive brief recently published through the National Committee on North Korea (NCNK) as well as his article on the matter recently published in The Diplomat.

Jieun Baek is the author of North Korea’s Hidden Revolution: How the Information Underground is Transforming a Closed Society, is the founder and director of Lumen, a non-profit organization that works to provide quality information to North Koreans, and is a PhD candidate in Public Policy at the University of Oxford. Previously, she was a research fellow at Harvard University’s Belfer Center for Science and International Affairs and worked at Google headquarters for several years.