Kim Jong-un and the Persistence of North Korea 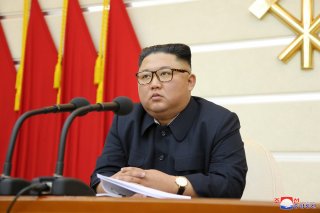 On this 70th anniversary of the Korean War, I believe the division of the Korean Peninsula will persist through 2025. North Korea’s elite opposes unification—they would lose their privileges and likely face harsh retribution—and they face little pressure to change.

Autocracies are most susceptible to change during leadership transitions. Most of them have no clear rules for succession. Even classical monarchies which had very clear rules routinely suffered from jockeying among various bloodline claimants.

North Korea most recently went through such a transition in 2011–2012, when Kim’s father passed. Kim was, at the time, young and inexperienced. He lacked the cronyist relations which bolstered his grandfather’s and, though less so, his father’s rule. He had no direct experience in the two most important institutions of the regime: the Party and the Army. Nonetheless, he was not eliminated or relegated to a figurehead.

Any challengers by this point have likely been killed or removed—his father’s pallbearers, it has been widely noted, are all out of power now. Neither has there been an internal popular revolt akin to the Arab Spring or the Velvet Revolution. So Kim likely faces little internal challenge, and he has behaved ruthlessly, much as his father and grandfather before him, on the core issues of family control and regime survival.

In the late 1980s, Soviet premier Mikhail Gorbachev ‘sold’ East Germany to the United States because the Soviet Union was declining and Gorbachev was looking to retrench from Europe to save the Soviet system. China’s relationship with North Korea today is the opposite: China is rising, it can increasingly afford to carry North Korea and its dysfunctional economy as a part of its larger regional ambitions.

China is the only external actor with any real influence over North Korea, and it opposes Korean unification. A united Korea would likely be led by the more functional South and therefore tilt toward the democratic world. Hence, Beijing’s economic ability and political desire to keep North Korea intact translates to little external pressure on the regime to change.

Coercion? Not With a Nuclear Missile Shield.

At home, Kim has disciplined and bought off the Party and the military. Abroad, so long as he grooms the China relationship properly, he will not face a regime-threatening quarantine of his economy. But regime change by force has always been another, however frightening, possibility. U.S. President George W. Bush put North Korea on the ‘axis of evil,’ and President Donald Trump threatened ‘fire and fury.’

But now even this possibility is nearly foreclosed too. The North has successfully developed a basic nuclear warhead and an intercontinental ballistic missile. It can now directly deter the United States via nuclear weapons. This all but precludes offensive U.S. military action. So long as Kim exercises a minimum of caution—not stumbling into an accidental war with the Americans—the North is safe on this front as well.

Any Other Potential Drivers of Change?

Other scenarios are even more far-fetched than the above discussion. For example, all the above scenarios assume North Korea being pressured, or otherwise collapsing, into South Korean-led unification. But could North Korea lead a unity project? Almost certainly not. Southern citizens would fight the loss of their freedoms that would come of it, and the North probably could not even absorb the South without simultaneously bringing down its own highly stylized internal system.

The only remaining possibility for a crisis in the regime is that Kim dies prematurely, which would immediately raise the issues of power transition and change discussed in the first point above, addressing potential internal pressure to change or rather the lack thereof. Kim’s health is poor, his father died suddenly of a heart attack, and there is no obvious successor at the moment as Kim’s children are too young, but assuming that Kim does the minimum necessary to stay alive and cogent, North Korea appears quite stable right now.

Robert E. Kelly is a Professor of international relations at Pusan National University's Department of Political Science and Diplomacy. You can follow him on Twitter @Robert_E_Kelly.