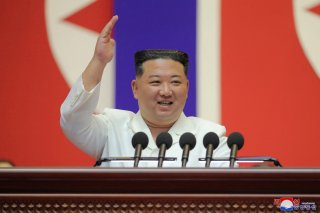 The U.S. government this week announced that it has extended its ban on travel to North Korea for another year.

“On September 1, 2017, all U.S. passports were declared invalid for travel to, in, or through the Democratic People's Republic of Korea (DPRK), unless specially validated for such travel,” the Federal Register notice, published this week, said. “The restriction was extended for one year in 2018, 2019, 2020, and 2021 and, if not renewed, the restriction is set to expire on August 31, 2022. This notice extends the restriction until August 31, 2023, unless extended or revoked by the Secretary of State.”

“The Department of State has determined there continues to be serious risk to U.S. citizens and nationals of arrest and long-term detention constituting imminent danger to their physical safety, as defined in 22 CFR 51.63(a)(3). Accordingly, all U.S. passports shall remain invalid for travel to, in, or through the DPRK unless specially validated for such travel under the authority of the Secretary of State. This extension to the restriction of travel to the DPRK shall be effective on September 1, 2022, and shall expire August 31, 2023, unless extended or revoked by the Secretary of State,” the notice, attributed to Secretary of State Antony Blinken, said.

According to the Yonhap News Agency, the restrictions were put in place after the death of Otto Warmbier, an American student who suffered major injuries while in North Korean custody. He later died after he was released from North Korea and returned to the United States.

The ban is likely moot anyway, as reported by NK News, after the North Korean regime stepped up quarantine measures, despite North Korea’s claimed “defeat” of its Covid-19 outbreak.

“I doubt North Korea will allow foreign tourists before Aug. 2023,” Rowan Beard of Young Pioneer Tours (YPT) told NK News this week. “I honestly don’t see the U.S. travel ban ever lifting…When Trump met Kim Jong Un in 2018, it was never on the agenda, and I don’t see the U.S. taking the risk with one of theirs in the country again…It’s a shame, because when U.S. tourists visited North Korea it was the only engagement everyday Americans and North Koreans people had.”