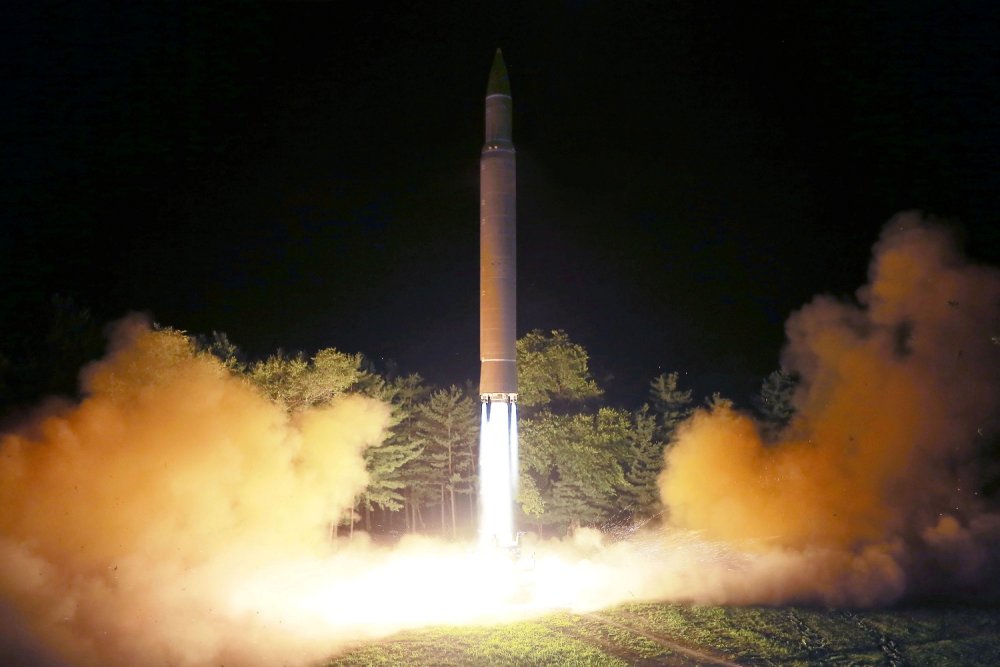 It’s not uncommon for U.S. and North Korean officials to throw rhetorical bombs at each other. But the cannon-fire hasn’t been as intense since the June 2018 summit in Singapore, when President Donald Trump and North Korean leader Kim Jong-un held hands and jumped into the diplomatic pool together.

That is now starting to change—and it’s changing quickly.

Over the past week, senior North Korean representatives haven’t been shy with their denunciations. On December 3, Ri Thae Song, the vice foreign minister of U.S. affairs, all but called the Trump administration’s diplomatic engagement with the North a deceiving and conniving trick designed to keep the North quiet for Trump’s political benefit. Shortly thereafter, Kim Jong-un was photographed taking a horse ride up to Mt. Paektu and advising the North Korean people that hard times may lie ahead. And on December 5, North Korea’s vice foreign minister brought Trump personally into the picture, warning the U.S. president that the word “dotard” may soon remake an appearance in the North’s vocabulary.

By all indications, the“Christmas gift” postmarked to the White House may contain a heavy, ugly box of coal.

There is a nagging feeling in the Korea policy community that the North Koreans will celebrate the New Year with a fresh ICBM launch.  Ri’s statement that “The DPRK has done its utmost with maximum perseverance not to backtrack from the important steps it has taken on its own initiative” is a bright, flashing red light that Kim has lost all patience with the diplomatic route and is finding it difficult to justify continued restraint. In the regime’s eyes, it has done everything in its power to stall for time and preserve the space Trump needs to make the most of a historic opportunity. Kim is frustrated, maybe even personally disappointed, that Trump has not used the time to do what he said he was going to do more than a year and a half ago: close the chapter on nearly 70-years of hostility and inaugurate a new and constructive bilateral relationship with the North. What Pyongyang is looking for is not more postponements or modifications to joint U.S.-South Korean military exercises, but the termination of Washington’s hostile policy.” Any offers short of significant sanctions relief, diplomatic normalization, and security guarantees are branded as evidence of U.S. perfidy.

The Americans, meanwhile, look at the North Koreans and see a return to old and nasty habits. At first glance, it certainly seems like the Kim regime is treading dangerously close to its 2017 position when huffing and puffing about turning an American city into a radioactive dust cloud was the norm. Stephen Biegun’s perseverance aside, you can’t escape the feeling that the White House doesn’t have a clue how to break what has been 10-months of diplomatic gridlock. Washington and Pyongyang are stuck in a classic negotiating dilemma: the economic sanctions relief the North Koreans demand is beyond the Americans’ capacity to provide without denuclearization measures that, in turn, the Kim regime is unwilling to discuss. Even Albert Einstein himself would have a migraine trying to solve this problem.

Will U.S. and North Korean negotiators come to their senses and escape the straitjacket they have found themselves in for most of the year? One can only hope. But if they do see reason, it will be too late to sign, seal, and deliver a deal both sides can accept and package as a win before Kim’s end-of-year deadline passes. The world will enter 2020 without an agreement.

2019 was a wasted year for U.S.-North Korea diplomacy. It was hobbled by unrealistic expectations, a complete absence of creativity from those involved in the talks, and an attachment to old paradigms that have produced nothing but an endless loop of failure. If Kim Jong-un decides to breach his long-range missile moratorium, either to introduce “a new path” or to string more concessions out of Washington, he will run the risk of angering a thin-skinned man in the Oval Office who is preprogrammed to take any ICBM launch as a deliberate insult during an election year.

For the sake of maintaining whatever oxygen is left in the diplomatic process, the North Korean leader should think twice before sending that lump of coal to the White House.